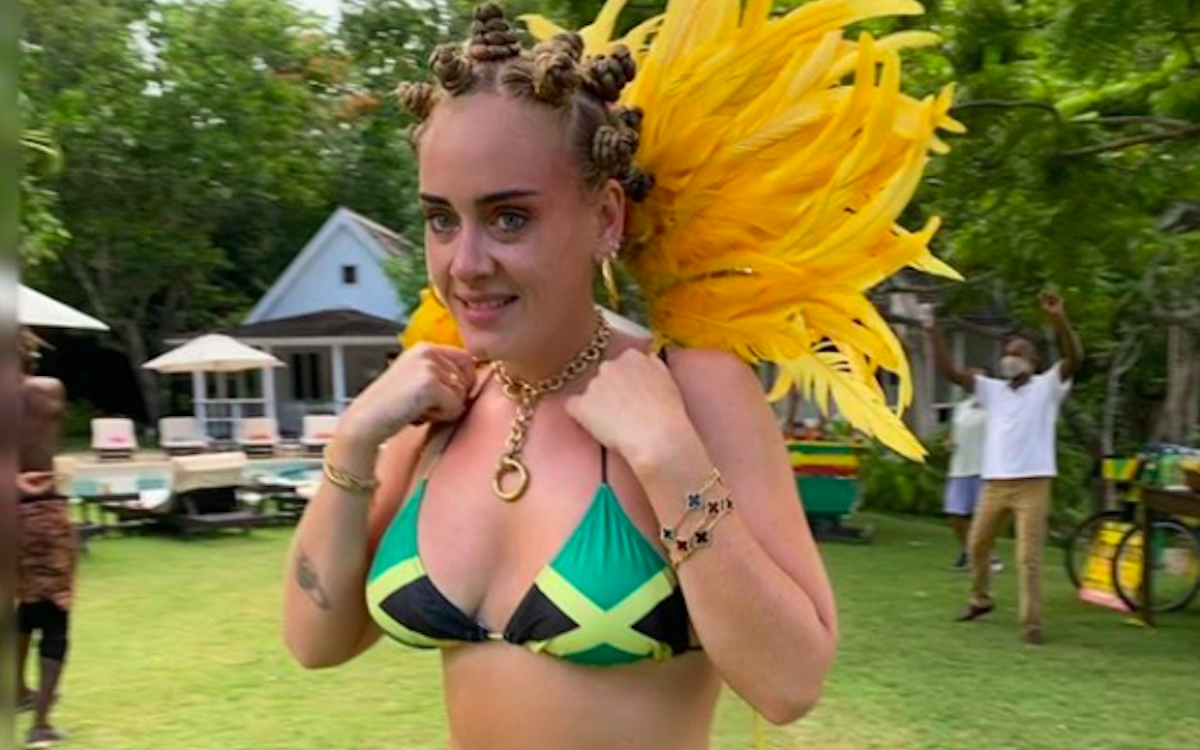 If not for the pandemic, today would have marked the start of Notting Hill Carnival, a celebration of West Indies culture in Britain that dates back to the 1960s. But while the coronavirus has cancelled those plans, Adele chose to participate anyway, with a picture of herself in a Jamaican flag bikini and a Bantu knot hairstyle. The Internet, which posses infinite judgment if not quite infinite wisdom, thought she looked even more strained than the roots of her honey-colored hair.

Adele posted the flamboyant image to Instagram Sunday evening. She captioned the picture, “Happy what would be Notting Hill Carnival my beloved London,” and punctuated the remark with the British and Jamaican flags. The Twit wits quickly provided captions of their own. Comedian Jaboukie Young-White pretended to quote her as saying “nuh bodda. mi will find sumadi who come in jus like you.” One person said she “Went from Rolling in the deep to Roll dem trees.” Another quipped, “Adele wanna be Cynthia from Rugrats so bad huh.” The general consensus was that she’s the most unfortunate thing to happen to the great country of Jamaica since Chet Hanks at the Golden Globes.

There were plenty more jokes; the whole of Twitter was all over her like white boys with dreadlocks on a vegan cake. Others, however, were more serious in their criticism of Adele, going as far to accuse her of cultural appropriation. Check out a sampling of reactions below.

Adele has been working on new music, although currently there’s no word whether she’ll beat Rihanna to that reggae record. In fact, while she once thought her next album was coming in September, she’s updated the ETA to, “I honestly have no idea.” Regardless, it’s one of our most anticipated albums of this fall. In May, she celebrated her birthday and thanked essential workers with another picture.

#Adele Went from Rolling in the deep to Roll dem trees💀 pic.twitter.com/kmUgNmnk7n

Adele wanna be Cynthia from Rugrats so bad huh pic.twitter.com/cUI7EU7YLn

“nuh bodda. mi will find sumadi who come in jus like you” pic.twitter.com/0stCKanM2s

“Black people have been through enough in 2020.”

Absolutely not a fucking soul.