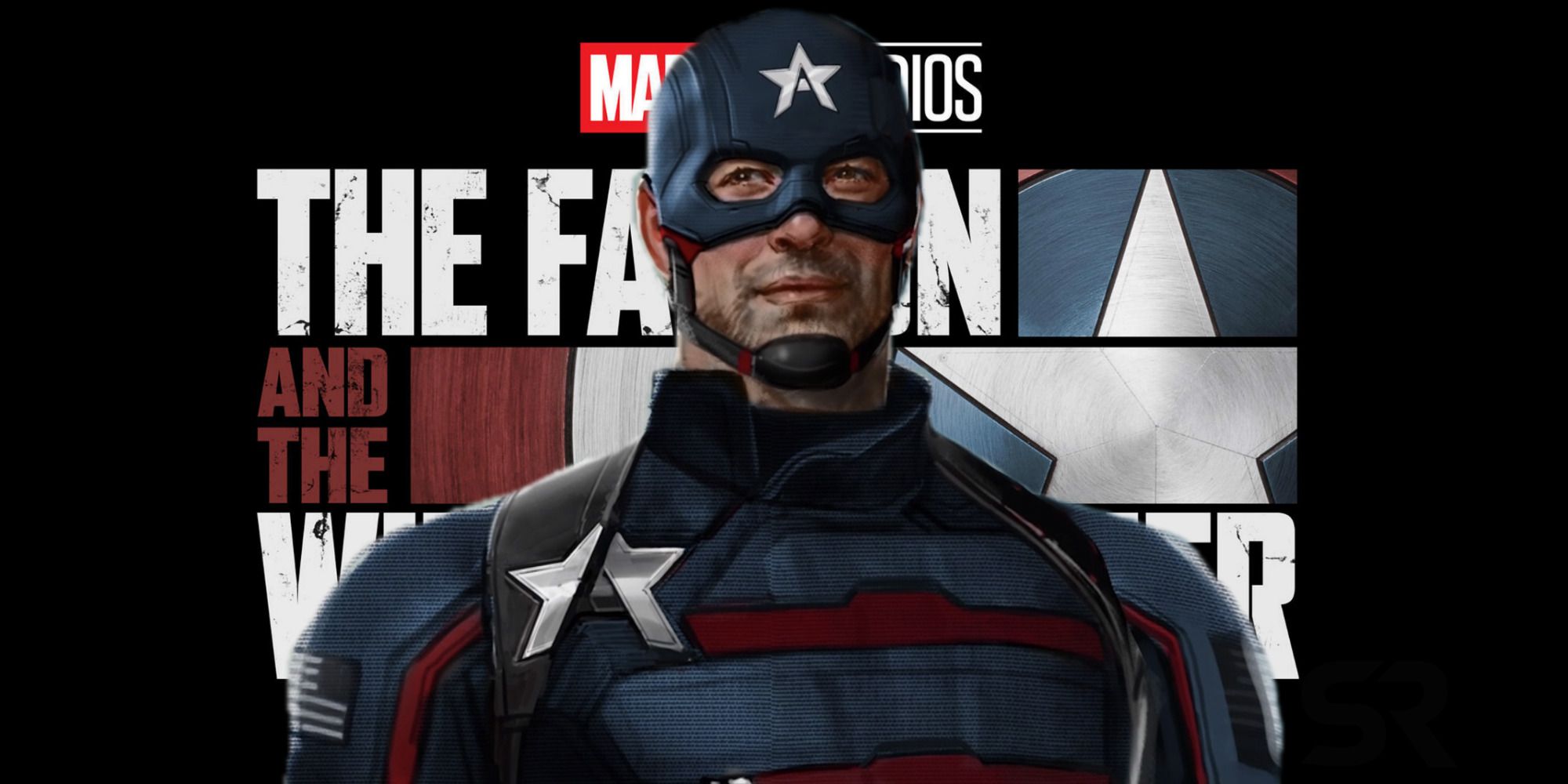 Captain America is back, with a different man holding the shield in a new The Falcon and the Winter Soldier set photo. In last year’s Avengers: Endgame, Steve Rogers (Chris Evans) retired as Captain America, passing on the shield to Sam Wilson aka Falcon (Anthony Mackie). As Phase 4 of the Marvel Cinematic Universe kicks off this year, fans will get to see what’s next for the world now that Steve Rogers has given up superhero life. In Marvel’s first Disney+ show, The Falcon and the Winter Soldier, Sam will become Captain America, but it won’t be without conflict.

The series itself was announced by Marvel at San Diego Comic-Con 2019, but at D23 later in the summer, Kevin Feige revealed Wyatt Russell will play John Walker aka U.S. Agent. Between this casting and early rumors about the show’s plot, it became clear the U.S. government won’t accept Sam Wilson as the new Captain America – at least not right away. The Falcon and the Winter Soldier set photos revealed the new Captain America, and it was Russell’s John Walker in the suit rather than Mackie. Now a new photo continues to tease the government’s push of its new Captain America.

On Instagram, Atlanta Filming posted an image from The Falcon and the Winter Soldier set featuring posters hyping John Walker as Captain America. The posters read “Cap is Back” and have the U.S. Army logo in the lower right hand corner. They additionally feature Russell’s character in two different poses as Captain America, showcasing the new costume and, of course, the iconic shield. Check out the photo below.

In addition to Mackie’s Sam Wilson, The Falcon and the Winter Soldier will star Sebastian Stan as Bucky Barnes, Steve Rogers’ oldest friend. It’s unclear what the exact plot of the series will be, though we know it will broadly deal with Sam and Bucky navigating the world without Steve Rogers. Marvel’s Disney+ show will also include returning MCU characters Sharon Carter (Emily VanCamp) and Baron Zemo (Daniel Brühl), but it’s not clear how they’ll fit into the storyline or what, if anything, they’ll have to do with Walker’s Captain America. The Marvel Disney+ Super Bowl trailer featuring Falcon and the Winter Soldier footage did include a showdown between Bucky and Zemo, though, so we know that will occur.

While this latest Falcon and the Winter Soldier set photo may not reveal anything particularly new, it does offer a slightly different look at the new Captain America. Of course, Marvel has kept Sam’s Captain America costume mostly secret (aside from the early concept art), which isn’t surprising given Marvel Studios’ notoriously secretive productions. So there’s still plenty more to be revealed as we get closer to the show’s release date. With The Falcon and the Winter Soldier having wrapped filming in Atlanta and the show’s August premiere getting closer, fans hopefully won’t have to wait too long before Marvel releases new photos or footage from the Disney+ series.

Next: Falcon & Winter Soldier Shows How The World Has Moved On After The Snap

The Falcon and the Winter Soldier premieres in August on Disney+.

Molly Freeman is the lead news editor of Screen Rant and one of Screen Rant’s Rotten Tomatoes Tomatometer-approved movie critics. She’s been writing for Screen Rant since 2014 and has appeared on the Total Geekall podcast. Previously, she’s written entertainment news for Bustle and had personal essays published on HelloGiggles and Femsplain.

A graduate of Ithaca College’s Journalism program, Molly originally planned to be a music journalist before moving into entertainment journalism after spending so much of her downtime binge-watching all manner of movies and TV during her formative years. Still, she enjoys every chance to put her music and musical theater knowledge to good use, particularly when it intersects with her love of superhero movies.

Beyond that, Molly spends her free time reading young adult and romance novels, rooting for the New York Rangers hockey team (LGR!) and going out to brunch. Follow Molly on Twitter and Instagram @mollyrockit, or contact her directly: molly(at)screenrant(dot)com.