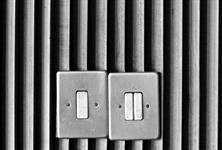 Charities are working with the lights off, limiting how far staff can drive and raiding their reserves as the economic crisis deepens, new research has found.

Of those, 41 per cent had their costs jump by 50 per cent or more since the summer.

One in three (33 per cent) said their energy bills had more than doubled.

One charity revealed its staff were now working with the lights turned off in its premises to curb energy costs, while another reported that it limited how far its staff drive in its minibus due to diesel prices.

These conditions will no doubt lead to reductions in service levels and performance, the report said, with almost one in five charities and community groups (17 per cent) saying they have been forced to reduce services.

More than a quarter (27 per cent) of respondents said they have had to reduce the size of their paid workforce.

Service demand has increased disproportionately, with 71 per cent of charities reporting an increase in demand in the three months to November 2022.

The same proportion said they expect demand to continue to increase over the next three months, according to the report.

About 55 per cent of charities said they were using their reserves to meet operating costs. However, one in five charities and community groups (19 per cent) reported they only have enough reserves to last this winter.

Matt Whittaker, chief executive of Pro Bono Economics, said: “Having just about weathered the unprecedented squeeze of the pandemic, charities around the country are now having to cope with a new economic crisis in the form of inflation and soaring energy prices.

“Many of these charities are at the forefront of tackling the challenges facing the most vulnerable in society this winter, often providing shelter and care to those who need it most, such as the elderly and disabled.

“The very charities which are crucial to many people surviving this winter are the most badly impacted by the energy crisis.

“Simultaneously, these organisations are facing soaring demand and rapidly depleting resources – a pressure cooker which threatens to push many charities to the brink.

“With this in mind, it is imperative that these organisations receive continued targeted support when the government’s current support scheme expires in April.”

Whittaker added: “There is also an opportunity for the government to further its environmental ambitions by investing in renewable energy initiatives for charities, which this study shows would be well-received.”