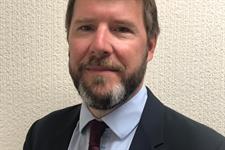 The brain injury charity Headway has announced the appointment of its new chief executive following the retirement of Peter McCabe, who served in the role for 20 years.

Luke Griggs accepted the leadership role this month after a three-month stint as interim chief executive.

He said: “It is an absolute honour to be given the opportunity to lead this incredible charity into the next phase of its development.

“I would like to extend my heartfelt thanks to Peter for the hard work and dedication he gave to Headway over the past two decades.

“He will be an incredibly hard act to follow, but the foundation established by Peter and the board has provided us with the opportunity to evolve the charity into a new era.”

He added: “I am blessed to have the support of an incredibly talented and dedicated team of staff and volunteers and look forward to working together in creative new ways as we continue to improve life after brain injury.”

Griggs joined Headway in 2007 as communications manager. Since then, he has held further roles including director of comms, acting director of services and deputy chief executive.

Denzil Lush, chair of the Headway board of trustees, welcomed the appointment and expressed his gratitude for Griggs’ continued hard work and dedication to the charity.

“Luke has been an asset to Headway since he joined us all those years ago. His unwavering determination to raise the charity’s profile and improve life for those with brain injury has been outstanding.

“We are so pleased to have such a safe pair of hands at the helm, guiding us forward into the future. Luke brings with him a unique balance of skills, dedication and passion, and we are excited to see his vision for the charity unfold.”