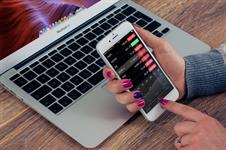 Charity Commission investment guidance invites trustees to “wilfully, recklessly or negligently disregard their obligations”, the regulator has been warned.

A letter to the commission, seen by Third Sector, sets out concerns about the regulator’s CC14 investment guidance, which the commission clarified in November after a High Court ruling in April.

The letter, sent by the law firm Bates Wells on behalf of the grant-making charities the Aurora Trust and the Mark Leonard Trust, says the guidance is “inaccurate and in our view unlawful and vulnerable to challenge by way of judicial review”.

It says it is “highly regrettable and concerning that the Charity Commission has not encouraged trustees to prioritise the principles in the [April] judgment and has instead decided to affirm its existing guidance in CC14, which at best risks misleading and confusing trustees during this interim period following the judgment and before CC14 is rewritten”.

The High Court issued a ruling in April in a test case designed to clarify trustees’ investment duties, brought by the Aurora Trust (then the Ashden Trust) and the Mark Leonard Trust.

The so-called Butler-Sloss case found that the two charities were entitled to align their investments with the goals of the Paris Agreement on climate action, even though this involved financial risk by excluding a large part of the investment market.

The ruling reinterprets a 30-year-old judgment known as the Bishop of Oxford case, which found that charity trustees should maximise return on their investments except in circumstances where it conflicted with their organisation’s purposes.

In November, the Charity Commission issued a statement clarifying its investment guidance, known as CC14, in the light of the latest ruling.

The regulator also pledged a “wider redesign” of CC14 to make it easier for trustees to follow.

But Mark Sainsbury, founder of the Mark Leonard Trust, said today: “The commission has selectively quoted from the Butler-Sloss principles in a way which exaggerates points of continuity with its guidance and side-steps fundamental inconsistencies between the guidance and the law set out in the judgment.

“In doing so, it risks making judicial review of its guidance a real possibility.”

Sarah Butler-Sloss, founder of the Aurora Trust, said the latest commission guidance “risks encouraging charities to continue making investments that undermine the good work they do”.

The Charity Commission said it was unable to comment on the correspondence.

The regulator said last month that the latest judgment offered clarification of how existing legal principles around investments should be interpreted by trustees but it did not fundamentally alter those principles.

“The new judgment confirms that trustees have wide discretion where appropriate to exclude certain investments based on non-financial considerations when making financial investment decisions,” the commission said at the time.