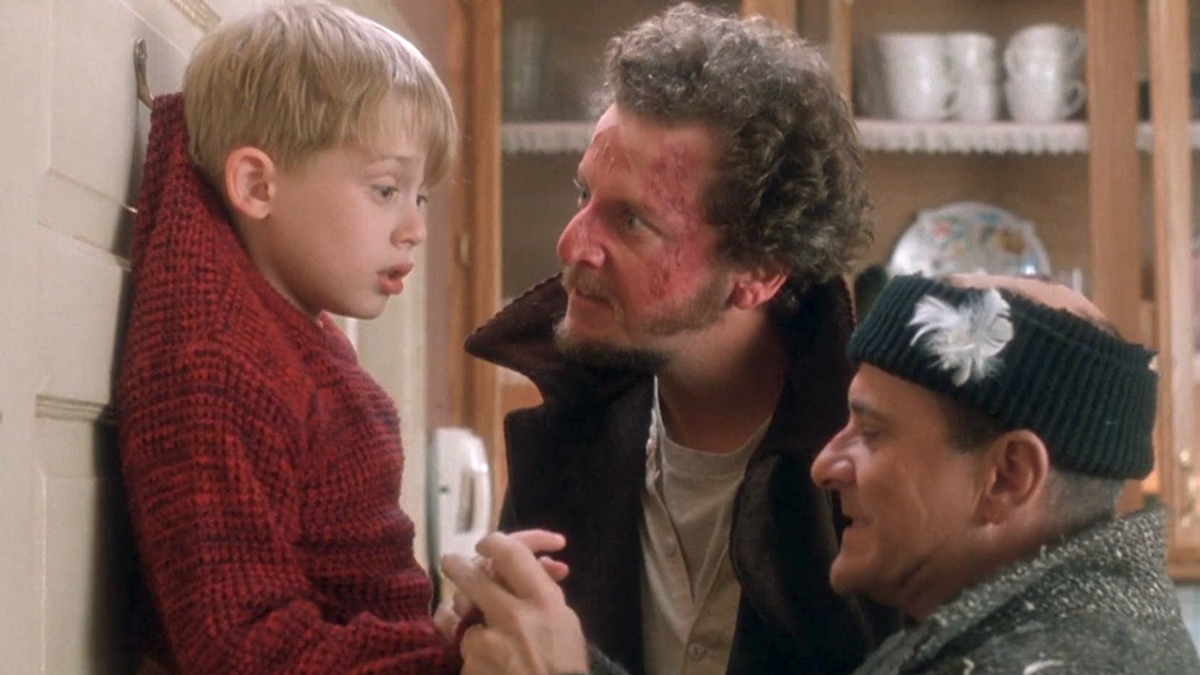 Holiday classics like the original Home Alone have seared themselves into the minds of those who enjoy a rewatch every Christmas season. New movie releases like Violent Night may challenge the status quo by attempting the same sort of immortality, and that’s natural, as Chris Columbus’ 1990 movie struck the perfect balance of violence and comedy, while also making for a killer perennial favorite. However, a newly revealed post-credits scene baffles me, as I can’t believe this moment was cut.

Joe Ramoni, creator of the YouTube channel Hats Off Entertainment, is to thank for this discussion, as he recently released a video on “the lost version” of Home Alone. In the research for that video, which he posted to Twitter, was a screenshot from an alternate draft of the film’s script. Surviving through several drafts between original writer John Hughes and rewrites by Columbus himself, the post-credits of Kevin McAllister’s first Christmas in the trenches delivered the perfect punchline.

As originally written, we would have seen Wet Bandits Harry (Joe Pesci) and Marv (Daniel Stern) in prison after being arrested during Home Alone’s finale. Watching TV with their fellow inmates, a huge lightbulb moment would have ended this Christmas classic, as those bumbling burglars would have been watching an airing of that infamous movie-within-a-movie Angels with Filthy Souls.

On the surface, this is admittedly not a huge moment of spectacle and elaborate traps that accidentally give Joe Pesci “serious burns” Like the best post-credits sequences out there, this would have been a subtly brilliant callback to an earlier gag, delivering one hell of a pay off for diehard fans of the film.

Why This Lost Home Alone Moment Shouldn’t Have Been Cut

It’s unclear if this moment was ever filmed or merely stayed on the pages of both the John Hughes and Chris Columbus drafts of Home Alone. No matter the answer to that question, I agree with Joe Ramoni’s feelings that this is a moment that should have absolutely stayed in the movie.

One reason would be that instead of the now standard post-credits scenes that set up burgeoning cinematic universes, this is a perfect laugh that would have sent audiences home with a huge smile on their faces. Yes, I think this would have been even better than Buzz’s infamous stinger of “Kevin, what did you do to my room?” Strangely enough, another reason this should have been left in is one simple word: “tradition.”

Through other classics like Ferris Bueller’s Day Off and Planes, Trains, and Automobiles, John Hughes had a knack for landing that final button that sent the room out in stitches. Home Alone having that moment scripted makes total sense, and it would have been another Hughesian touch that would have stuck the landing.

But maybe the final reason this nixed post-credits gag should have stayed was so that we got that one last laugh at the expense of Harry and Marv. Throughout an entire film that saw those Wet Bandits suffering humiliating injuries of bodily harm, finally realizing just how much Maculay Culkin’s Kevin outsmarted them is the ultimate insult.

Angels with Filthy Souls is one of the most memorable gags from the franchise, so much so that it popped up in Home Sweet Home Alone’s references to the original. The cutting of Harry and Marv’s ultimate comeuppance isn’t the most egregious removal of a Christmas movie moment, with that title still belonging to the deletion of a pivotal song from The Muppet Christmas Carol. However, knowing what we could have had as the true ending to Home Alone does suck, as this would have been another great entry into the annals of post-credits sequence that truly deserved a spot at the table.

It’s not too late to use that Disney+ subscription of yours to watch all six Home Alone movies. Yes, you read that number right, and you can explore those sequels you might not be familiar with as part of your holiday movie-watching marathons. It can’t all be ridiculously perfect rom-coms this time of year, can it?