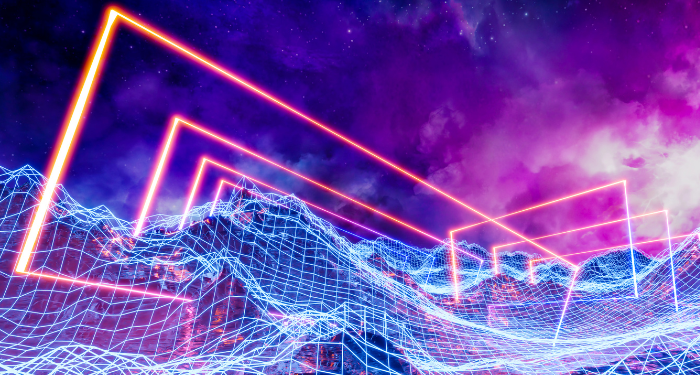 It’s fairly common for SFF writers to write all SFF, all the time. It makes sense: science fiction and fantasy are, like all literary genres, modes with their own histories, tropes, archetypes, and conventions. If an author is successful working within any genre, it makes sense that they might choose to continue doing so.

Plus, SFF fans are — for better or worse — super invested in their favorite authors and the worlds they create. So, once an author gains a following, why not keep it?

Regardless, genre fiction has been all the rage in recent years. A 2015 article in Wired Magazine proclaimed in its title: “At Long Last, Sci-Fi and Fantasy Have Infiltrated the Literary Mainstream.” One side effect of this mainstreaming has been an increase in writers who don’t usually work within these genres publishing in them nonetheless.

That could be the result of the publishing industry’s increased willingness to publish works of SFF. It could also be what happens when writers feel they’ll still be taken seriously if they produce SFF. Most likely, it’s a combination of these (and other) dynamics.

Regardless of the reason, it’s a wonderful boon for readers. When a Pulitzer Prize–winning writer like Colson Whitehead publishes literary fiction in the same breath as a zombie novel (ever heard of Zone One?), you know it’s not an isolated case.

This list is a celebration of recent works of SFF written by writers who don’t usually write SFF. I hope you enjoy them as much as I do! 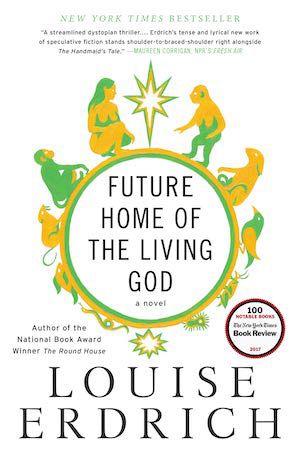 Future Home of the Living God by Louise Erdrich

Most people know Louise Erdrich as the author of the 1984 novel Love Medicine, the writer who brought us a bookstore haunted by its most annoying customer (during the COVID-19 pandemic, nonetheless!) in The Sentence, or the owner of the amazing Birchbark Books in Minneapolis. Regardless of how you came to Erdrich, it may surprise you that she’s written a sci-fi novel. The premise of Future Home of the Living God is fascinating: evolution has begun to reverse itself, humans are birthing (or rather, failing to birth) babies that are not quite homo sapiens, and pregnant protagonist Cedar Hawk Songmaker is on the run because the government is rounding up expectant mothers in a totalitarian attempt to keep humanity on the books. It’s as terrifying and beautiful as it is heartbreaking. It was already a relevant book that asked crucial questions about bodily (and Indigenous) sovereignty, but after the Supreme Court overturned Roe v. Wade, it feels even more urgent. 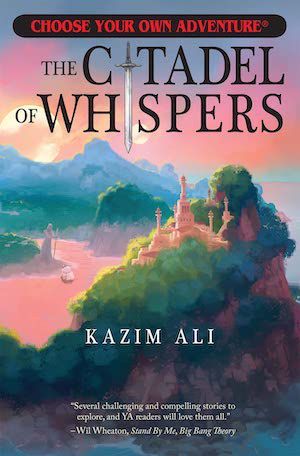 Citadel of Whispers by Kazim Ali

Kazim Ali is a critically acclaimed poet…and this book is an honest-to-goodness Choose Your Own Adventure book. For reals. For everyone who grew up during the heyday of CYOA books, this is a double win. Not only is an amazing poet working in YA fantasy, but he’s doing so in this interactive and (for some) nostalgic form. Amazing! Citadel of Whispers centers on a young Whisperer named Krishi. As Krishi, the reader is simply attending school to learn the ropes as a Whisperer, but when a new student arrives everything is turned upside down. Suddenly the reader is faced with decisions that have tremendous consequences for the land of Elaria. It’s hard not to get pulled into this story world, especially given the CYOA format of the book. 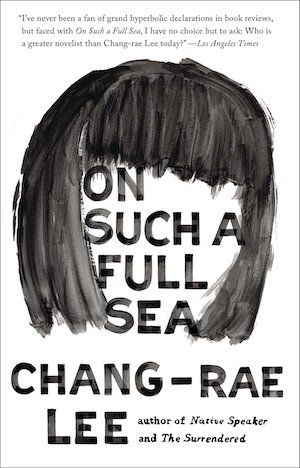 On Such a Full Sea by Chang-Rae Lee

Chang-rae Lee is best known for his poignant literary realism in works such as A Gesture Life and My Year Abroad. The poignancy remains in On Such a Full Sea, which is set in B-Mor (formerly Baltimore) in the post-environmental-collapse near future. Class divisions are extreme, mechanisms of control are rigidly enforced, and the landscape is starkly divided into former urban centers (now labor colonies) and the lawless rural Open Counties. Within this context, when Fan absconds from B-Mor in search of the man she loves, all bets are off. As the narrative unfolds, it retains Lee’s signature storytelling style even as Fan’s journey takes her into uncharted territory (both literal and literary). 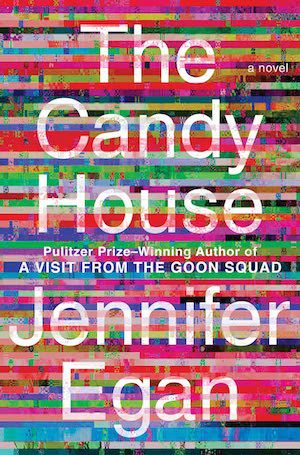 The Candy House by Jennifer Egan

The Candy House is the follow-up to Egan’s highly acclaimed A Visit From the Goon Squad. As such, it delves further into the future. While Goon Squad walked that line between literary fiction and dystopian sci-fi (staying much closer to our own time), The Candy House is far more future-oriented and therefore goes deep on future technologies and their impact on human lives. With characters able to upload their memories to what I can only describe as a sort of logical extreme of contemporary social media, there’s an important questioning of privacy (among other things) at the heart of this one. 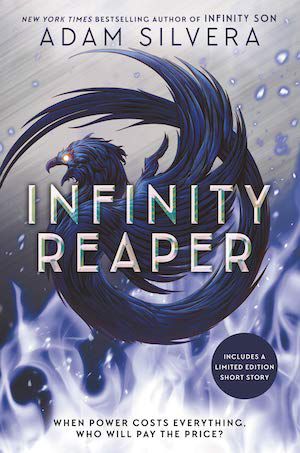 Adam Silvera is best know for his YA dramatic fiction, although his book More Happy Than Not admittedly gets a little speculative. Regardless, Infinity Reaper is the second book in the Infinity Cycle YA fantasy series. Book 1, Infinity Son, is set in an alternate New York City and centers on brothers Emil and Brighton. They may live in a world full of magic, but until they find themselves the targets of an attack they aren’t aware of Emil’s magical powers. Infinity Reaper picks up where the first book left off, following the same characters as Brighton’s powers take shape. Between attempting to save the world, queer romances, and deepening backstories, you’ll be wishing for the last book in the trilogy to make an appearance ASAP. 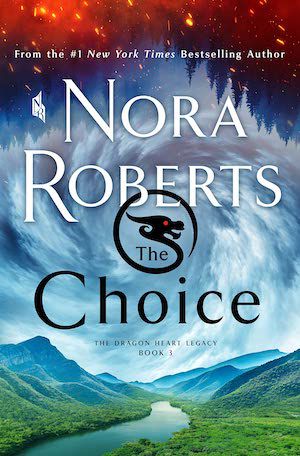 The Choice: The Dragon Heart Legacy by Nora Roberts

Nora Roberts is a staple in contemporary romance novels. This isn’t her first foray into SFF, but it’s her most recent and notable. The Choice is book 3 of The Dragon Heart Legacy — which is, incidentally, a fantasy series that’s also classifiable as romance. The series follows Breen Kelly as she returns to the magical world called Talamh from, of all places, Philadelphia. Breen has magick and a limited amount of time in which to hone her skills. Maybe it helps that she has an attractive fey to help her do this. Either way, this third installment in the series sees Breen take on the conflict that’s been looming in her future since the earlier books. 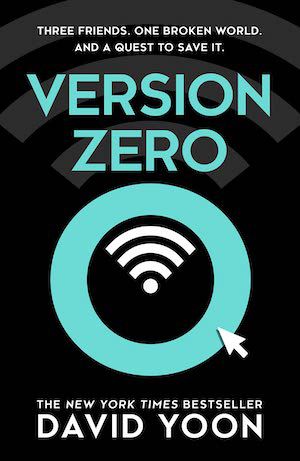 David Yoon is an interesting one: he worked in tech for a while until he got a toehold in the literary world with his YA fiction (like Frankly in Love). After a couple of heartwarming YA novels, he came out with Version Zero, which is a techy thriller at its best. (For the record, I think it would pair wonderfully with Dave Eggers’s The Circle.) The novel follows Max and two of his closest friends (one of whom he’d love to be closer to, if you catch my drift) as they embark on a dangerous path. Max was a starry-eyed young employee at one of the biggest social media firms in the world…until his ethics got in the way and he went from rising star to mega hacker. The novel heats up from there, going in some really unexpected directions as Yoon asks important questions about the role of for-profit technology in our lives. 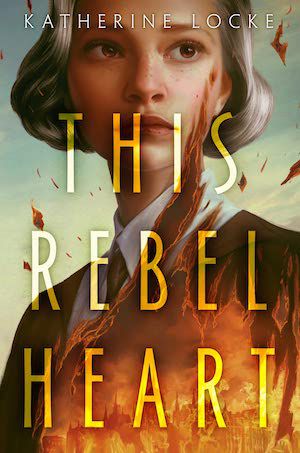 This Rebel Heart by Katherine Locke

Katherine Locke typically produces books for young people, whether children’s picture books or YA novels. Their Red Balloon books are sort of fantasy, but the majority of their work is either romance or is focused on queer and/or Jewish experiences. While This Rebel Heart engages with Jewish history — specifically, the Holocaust — it’s set over a decade after the end of WWII in an alternate, magical Budapest. It follows young Csilla as she escapes the Hungarian secret police and is thrown into a dangerous struggle for freedom. Locke manages to ground This Rebel Heart in actual history even as it embarks on a highly fantastical journey.