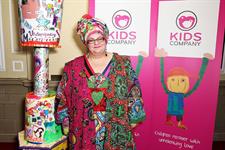 Former Kids Company chief executive Camila Batmanghelidjh is set to face the Charity Commission in court after a judge gave permission for a judicial review of the inquiry into the organisation’s closure.

Mr Justice Charles Bourne ruled today that she had an “arguable case”, having considered her complaints about the regulator’s review at a High Court hearing earlier this month.

Batmanghelidjh argued that the inquiry into Kids Company, which alleged that her mismanagement was to blame for the charity’s closure in 2015, was tainted by predetermination and therefore unlawful.

The High Court’s decision means that her legal claim will move to a full hearing, including a judicial review of how the commission carried out its inquiry.

The February 2022 inquiry said directors operated a “high-risk business model” and accused seven former trustees of failing to properly manage the charity in its final months.

This was despite a High Court ruling by Mrs Justice Falk in 2021 that dismissed claims of mismanagement when they were brought forward by the official receiver.

Camila Batmanghelidjh said today: “I am pleased that the case will be heard in full. I urge the Charity Commission to be full and frank in its disclosure to the court.”

David Foster, dispute resolution partner at Moore Barlow, who represented Batmanghelidjh, said: “It is crucial to the future health of the charity sector that the manner in which the commission carried out its inquiry into Kids Company is properly investigated.”

A commission spokesperson said: “The High Court has granted Ms Batmanghelidjh permission to bring a claim against the Charity Commission seeking judicial review of the conclusions of our statutory inquiry into the collapsed charity Keeping Kids Company.

“We will robustly defend the claim and note the judge’s observation ( §39 of his judgment) that granting of permission: ‘…does not mean that the claimant will not face high hurdles.

Some findings in the report are statements of uncontroversial fact, many of the comments at least could be interpreted as anodyne and the court will not readily interfere with a decision by an expert regulator’.”

Kids Company was founded by Batmanghelidjh in 1996 to provide support to deprived inner-city children.

December’s hearing at the Royal Courts of Justice heard arguments on issues including the dispute over how many children the charity helped, the quality of the records kept at Kids Company and the impact the scandal had on trust in the organisation.

Explaining why they wanted a decision made as quickly as possible, lawyers representing Batmanghelidjh said: “My client is tainted by this report and the surrounding circumstances.”

Kids Company collapsed overnight in October 2015 following a series of serious allegations in the media about safety and financial mismanagement. Batmanghelidjh and Kids Company’s trustees have always denied the claims.