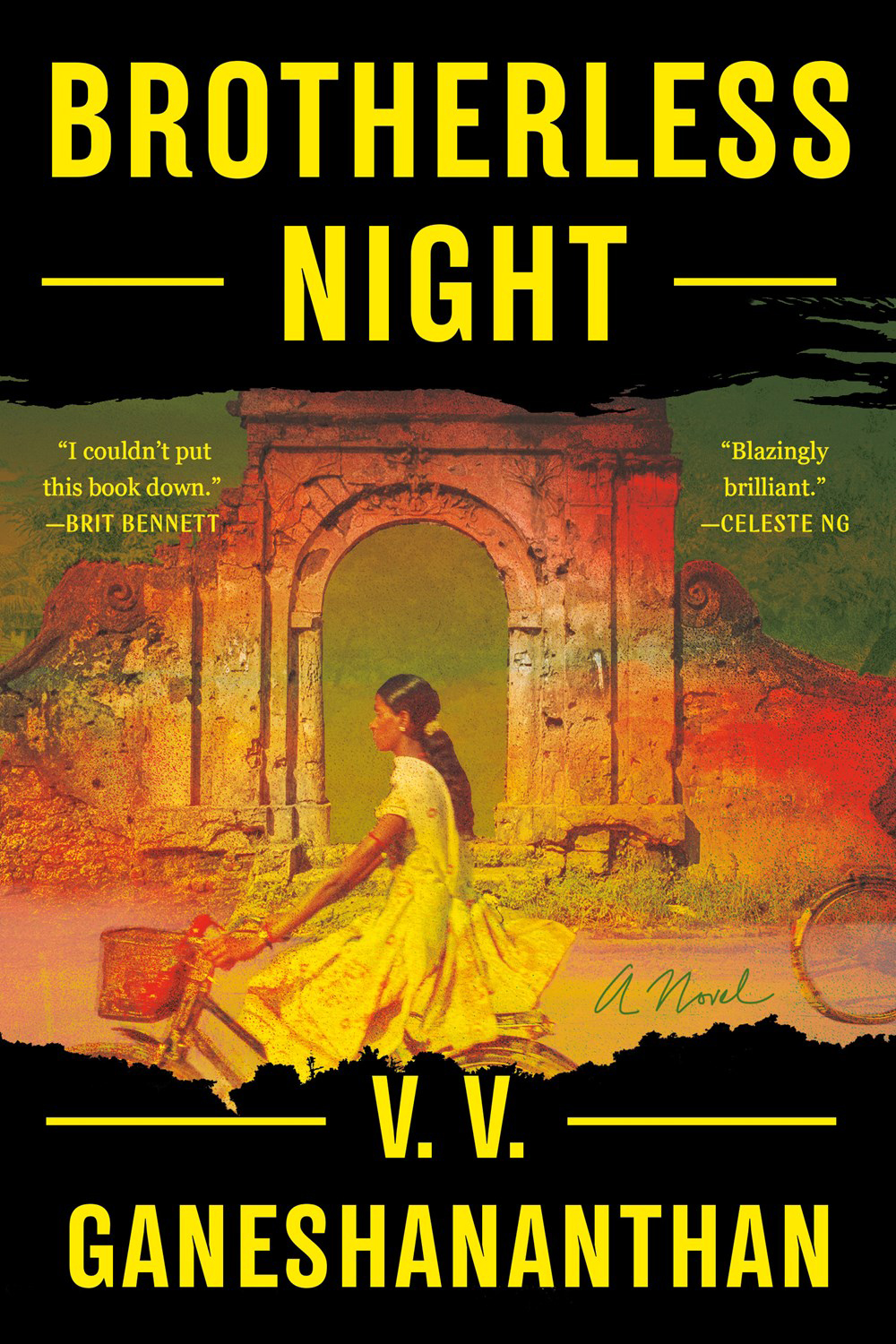 We like our politics to be binary. It is comforting to hear that we are on the good side and other people are on the bad. But life, obviously, is not binary, and neither are our politics. In V.V. Ganeshananthan’s second novel, readers are carried to a reckoning with this fact.

Set in 1980s Sri Lanka, in the early years of that nation’s decadeslong civil war, Brotherless Night follows Sashi, a 16-year-old girl who dreams of becoming a doctor. As she grows up, she watches the Tamil minority fight against the oppressive Sinhalese, with her own brothers and friends buying into violent ideologies, and she begins to reconsider what healing and care really mean.

The novel begins by immediately challenging our assumptions and vocabularies. The brief prologue is written from Sashi’s perspective in 2009 as she tries to contact “a terrorist I used to know.” She continues by pressing the importance of that word, terrorist. In American culture, to which Ganeshananthan and Sashi are knowingly communicating, terrorist is akin to a slur; there are, by this definition, no good terrorists.

Foregrounding this challenge prepares the reader for what is to come: a story about “terrorists” that destroys the very sense of that word. The first chapter begins, “I met the first terrorist I knew when he was deciding to become one.” As the reader and Sashi follow the community’s young men in their indoctrination, Ganeshananthan forces the reader to discard a binary description of the world in favor of a more complex, human one.

But language is not the only thing that Ganeshananthan grapples with here. Violence, too, is front and center in the novel. As the civil war erupts, Sashi begins to consider conflict and war on a large scale, and it becomes impossible for her to ignore that healing is more than a physical practice. Abandoning her medical aspirations, Sashi’s new mission becomes documenting human rights violations, and she describes the disasters of war in a vital, sharp way. Although this work allows Sashi and others to better understand the impact violence has on their society, it also proves to be a life-threatening business.

Through this moving story, Ganeshananthan traces the human aspects of war—the physical losses and tragedies as well as the conflicts of values that are often the true battlefields. Rather than justifying or lamenting the horrors of a civil war that ended a little over a decade ago, she shows that by focusing on all of the people involved, both “good” and “bad,” we can learn how and why humans fight—and why it’s so important to stop the cycle.