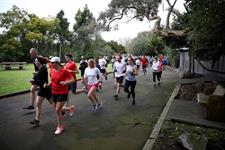 Parkrun Global has formally ended a clause that paid its founder hundreds of thousands of pounds while he sat on the charity’s board.

Paul Sinton-Hewitt, who established Parkrun’s weekly running events and became a trustee when it registered as a charity in 2017, received more than £350,000 between 2018 and 2022.

The payments were possible through a clause in the governing document exclusively allowing him both lifetime membership of the board and remuneration as an employee.

Sinton-Hewitt quit the board this summer to join the charity’s executive team. Changes to its articles of association, made earlier this month and published overnight, confirm that he will no longer be entitled to the payments if he returns to the board.

The charity says in its annual accounts that payments to Sinton-Hewitt were made “for his daily work in promoting Parkrun within the UK and globally, and performing ad hoc services to sponsors, grant providers and the wider community as and when required”.

The amended document says Sinton-Hewitt can be reappointed to the board only if he is “not an employee of the charity” and provided that he does not benefit from “remuneration for any goods or services supplied to the charity”.

The move is part of a series of governance changes introduced by Russ Jefferys, who took over as Parkrun Global chief executive in February.

Nick Pearson, the former chief executive, repaid £73,555 to the charity this year after it emerged that he had received commission payments from a third-party supplier without declaring the deal to Parkrun Global’s board.

The charity’s 2021/22 annual accounts revealed that Sinton-Hewitt received £30,000 between 2020 and 2022 through an identical deal, although in his case the trustee board knew about and had approved the arrangement.

Sinton-Hewitt ended the deal in June this year “to avoid any potential conflict of interest”, the accounts say.

In August, Third Sector reported that an independent review of Parkrun Global’s internal culture had found concerns that under Pearson it was run “like an old boys’ club” and that suggestions from its volunteers “tend to be largely ignored”.

Parkrun Global declined to comment, but Jefferys previously told Third Sector: “As an organisation we have achieved a lot, and there’s a huge amount to be proud of, but we haven’t always got everything right.

“Since I took over as chief executive in February, I have been working closely with the trustees to identify the areas in which we need to improve.”

Sinton-Hewitt’s move from the board to the executive team is “one of a number of changes that have long been part of our strategic plan”, Jefferys said, adding: “We’re looking forward, learning from the past and challenging ourselves to do more and better.”