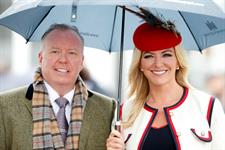 A controversial millionaire has overhauled the finances of his charity amid scrutiny from the regulator.

Barrowman, who made his money in corporate finance, established the Barrowman Foundation in 2017 and sits on its board.

He made the loans over a three-year period, at a time when he was chair of the charity’s trustees as well as its main funder and creditor.

The change is shown in the foundation’s latest accounts. They cover the year ending in December 2021 but were only published with the Charity Commission last week.

The regulator opened a compliance case into the Barrowman Foundation in August this year. The commission has not provided any details about why it is looking at the foundation, and said today that it cannot comment on an ongoing case.

The Barrowman Foundation has two other trustees: Barrowman’s wife Michelle Mone, a Conservative peer, and Arthur Lancaster, director of a firm that is part of his Knox group of businesses.

The Financial Times reported last week that HSBC froze accounts linked to both Barrowman and Mone during an investigation into Covid-19 government contracts worth hundreds of millions of pounds.

HSBC unfroze the accounts in November in 2020 “only to immediately raise fresh red flags” over the deal, the FT said.

Previous sets of accounts show that Barrowman was treated as one of the charity’s creditors until 2021, after making loans worth £1.45m which were “unsecured, interest free and repayable on demand”.

But the report says that the loan was “waived” during 2021 and have now been “released as charitable donations”. Doug Barrowman donated another £508,000 during the year.

The charity did not respond to a request for comment.

8 Best Montblanc Colognes For Men To Add To The Collection in 2023
Broadway Box Office Slips As Wintertime Ticket Prices Drop
The Best New Book Titles, According to Goodreads
The 9 Best Fashion Brands to Build Your Work Wardrobe
Three Times Jack Kirby Was King of DC and Marvel