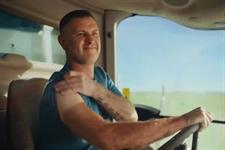 The festive ad shows producers growing and harvesting food for Christmas, including a scene in which the farmers compare their tanned arms from working outside.

The retailer apologised last week when Melanoma UK and viewers claimed the scene glorified tans and did not address the risks of skin cancer.

The charity said: “Waitrose can do better than this.”

Waitrose has now gone further, saying it would use an “updated version of the ad to address these concerns”.

A spokesperson said: “While we included some light-hearted and ‘true to life’ moments, we’ve listened to the comments made about the serious message of sun safety.

“Our ad celebrates the care and effort that our partners and real farmers – who work in all weathers – put in to make sure our customers have what they need for Christmas.”

The updated ad shows the farmers passing each other in the field, without showing off their tans.

Regal Parent Cineworld Has Reached Out To 30 Potential Buyers As It Pursues Sale; Initial Bids Due Next Month
The Fair Tax Act, explained: What to know about the Republican plan for a national sales tax, decentralized IRS
The first ETF is 30 years old this week. It launched a revolution in low-cost investing
Stocks making the biggest moves midday: Wayfair, Meta, Apple, Spotify, Qualcomm and more
Rihanna Is Selling Savage X Fenty Merch for Her Super Bowl Performance