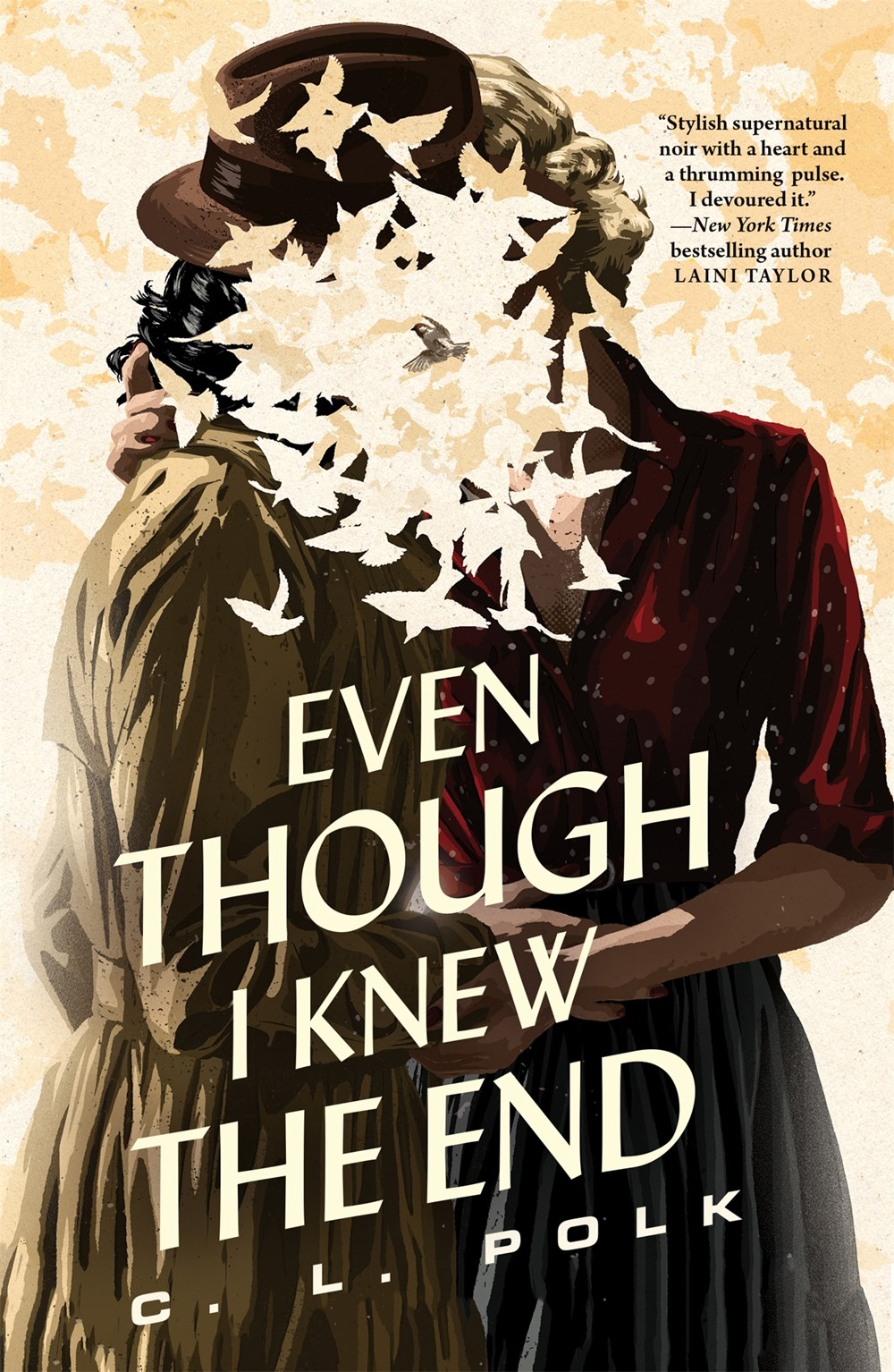 Despite being a book about augurs and warlocks, angels and demons, C.L. Polk’s stylish magical noir Even Though I Knew the End is distinctly and heartbreakingly human.

It’s the late 1930s in grimy Chicago. Helen Brandt, a brilliant wizard who was exiled by her order and now works as a detective, has a terrible secret: She offered her soul to a demon to save her family from a car crash. Her part of the bargain is due on Jan. 13, 1941—Helen’s last day on Earth.

After taking photographs of the crime scene of a horrific murder that she’s investigating, Helen brings her evidence to Marlowe, an underworld crime boss and bona fide femme fatale. Marlowe confirmes what Helen already suspects: The murder is the work of the White City Vampire, the most dangerous villian in the city. Marlowe wants Helen to find the vampire and is willing to pay handsomely. The prize? “A thousand dollars cash . . . and your soul.” As it turns out, Marlowe is a demon, and this job can give Helen the thing she thought she’d never have: salvation and a chance to live a full life with her lover, Edith.

Even Though I Knew the End rockets along from the very first page, and Polk’s ability to enrich the story while upping the pace is impressive. Their alternate Chicago reveals itself efficiently, each detail woven into the narrative exactly when it’s required. A sense of mystery and discovery is ever present, which is quite fitting for a detective story.

Fans of John Constantine, the occult PI of DC comic books and film fame, will find a lot to like in Polk’s fantastically rendered depiction of a celestial war. With corrupt motivations on both sides, it’s often unclear which is more dangerous. Mortals aren’t defenseless, especially if they can wield magic (enchanted bullets make more than one appearance), but there’s still a constant sense of danger, and humans often end up as collateral damage.

Despite the aforementioned fantastical elements, Even Though I Knew the End is, at its heart, a love story. Helen and Edith’s tender relationship is immediately compelling, and, as befits a noir, Edith’s importance to the story grows as Helen’s investigation deepens. Helen’s past choices weigh heavily upon her, and we see how tightly she clings to Edith, especially in the gripping final chapters. To be without her would be hell on Earth, Helen thinks. But Even Though I Knew the End ultimately poses a torturous question: Is the price ever too high to be with the one you love?