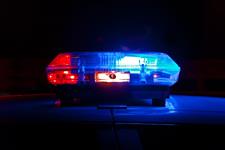 A manager at a Scottish cancer charity has been arrested and charged after an investigation into financial irregularities at the organisation.

A spokesperson for Rainbow Valley said the charity had supported the police investigation.

Rainbow Valley has spent about £600,000 in the past four years helping families in Glasgow affected by cancer, according to data held by the Scottish charity regulator.

Its latest annual report says the charity’s long-term aim is to build a facility for people living with cancer and their families to use in between and after hospital treatment.

MacCullum was one of only two full-time members of staff at the charity.

Rainbow Valley’s accounts for 2021/22 were due at the end of last month but have not yet been filed.

Police Scotland said: “A 59-year-old woman has been arrested and charged in relation to alleged financial irregularities involving a registered charity based in Milngavie.

“A report will be submitted to the Procurator Fiscal.”

A spokesperson for the charity said: “The team at Rainbow Valley remains wholly committed to our purpose, our mission and our vision to empower those living with or affected by cancer.

“We have been fully supportive of Police Scotland with their investigation.

“The charity has brought so much joy into the lives of many people in the UK and will continue to do so into the future.”

Gossip Girl Season 2 Review: Armed With a Feud for the Ages, the HBO Max Reboot Finds Purpose
Frontier Airlines gets rid of telephone customer service
Citizens Advice income down £10m as demand soars
Ben Affleck Refers To Netflix As An ‘Assembly Line’ When Setting Goals For New Company With Matt Damon
The Gentleman’s Book of Vices