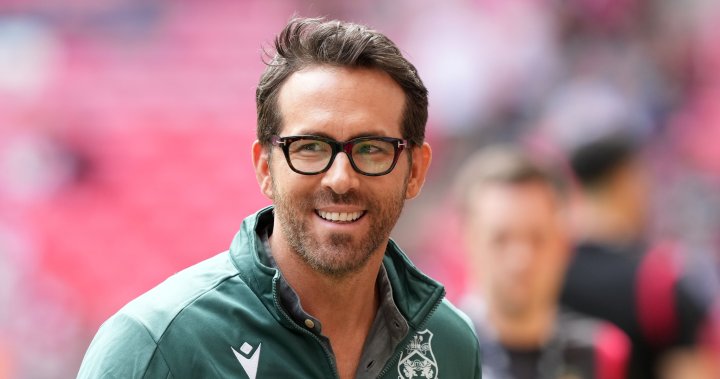 Canadian actor Ryan Reynolds may be interested in purchasing the Ottawa Senators if the NHL team is put up for sale, new reports claim.

Rumours are already growing that the Deadpool actor, who already co-owns the Welsh football club Wrexham AFC, is interested in the opportunity for both business and personal reasons.

According to People, who spoke to a source close to Reynolds, he would like the Senators to stay in Ottawa, as a sale could potentially result in the team’s relocation.

Reynolds, 46, has not commented publicly on the matter.

He did, however, post a cheeky tweet on Tuesday alluding to his interest in purchasing the Sens.

When one Twitter user wrote that Reynolds should be the owner of the hockey team, the actor replied with a simple thinking emoji.

The NHL has not issued a public statement, though the Ottawa Senators reportedly retained a bank this month to explore the possibility of a sale. Currently, the team is owned by the children of Eugene Melnyk, Anna and Olivia, both of whom are under 25. Melnyk died in March but acquired the team in 2003.

At the time of Melnyk’s purchase, the Senators were on the verge of bankruptcy. He paid $92 million for the team and its arena, the former Corel Centre, now the Canadian Tire Centre.

Bruce Firestone, the founder of the Ottawa Senators, told People that there are “at least two local groups who are looking at the opportunity” to purchase the NHL team. He did not name Reynolds specifically.


On Twitter, Senators fans seemed mostly enthusiastic about the possibility of Reynolds as a new owner.

Logging on to Twitter to see that Ryan Reynolds is interested in buying the Senators was not something I ever expected. That would be beyond incredible.

I am worried that owning the Senators would destroy Ryan Reynolds’ spirit.

The latest Spirited trailer was released on Wednesday.