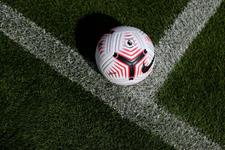 The charity formerly connected to the Professional Footballers’ Association has received an official warning over its handling of funds and assets worth millions of pounds.

The Charity Commission found that The Players Foundation had not appropriately managed £1.9m that was transferred out of its accounts between 2013 and 2019.

It also criticised the charity for failing to charge rent to non-charitable organisations using its property, which could have generated £600,000 for the foundation.

The Players Foundation was formerly known as the Professional Footballers’ Association Charity, but it has recently broken ties with the union.

The charity told Third Sector that the inquiry found the organisation had “corrected everything we needed to”, but the Charity Commission stressed that its inquiry was ongoing and it would take further action if necessary.

The warning was issued earlier this week after a two-and-a-half year inquiry.

The warning said The Players Foundation had committed mismanagement in “failing to review its long-standing relationship with, and payments to, a trade union”, not appropriately managing nearly £2m in payments made from the charity’s accounts and failing to charge rent or formalise lease agreements with other organisations.

The commission acknowledged that the charity had taken steps to address these problems, but told trustees to “ensure that internal expenditure mechanisms are in place to mitigate the risk of erroneous transfers of charitable funds from the charity’s bank accounts”.

The board should also review its relationship with third-party organisations and the best ways of using the charity’s property, the regulator said.

The warning document said: “Failure to remedy the mismanagement specified above may lead to further regulatory action being taken by the commission.”

The charity works to support footballers at the end of their playing careers with education and training.

A spokesperson for The Players Foundation said in a statement: “No other charity has faced such scrutiny.

“Every aspect of our work has been under the magnifying glass. It has been hard for all involved, but we welcome the findings and are proud of the work we have done over the last nine years.

“The Charity Commission began by making allegations we could not understand and saying they had serious concerns.

“When it comes down to it, those concerns have boiled down to three areas, and they acknowledge we have corrected everything we needed to from 2019.

“The charity has not lost a penny here and no beneficiary has lost out in any way, shape or form.

“We have spent over £67m helping players past and present who need it most. We will continue to do so to the best of our ability.

“Our funding structure has changed, but we believe by reviewing expenditure and maximising the return on our investments, we can make sure we will be there for those who need us most.”

The spokesperson also said: “We have mixed emotions. We are pleased that the charity can finally move on but also frustrated that this has been hanging us over us all for so long.

“We are very proud of what we have achieved over the last nine years. We would like to thank all of our trustees, who could have walked away but helped us through this tough time.

“We can begin the next chapter of the newly named Players Foundation.

“We no longer receive funds from the [professional footballers’] union, so we will have to cut our cloth accordingly. But we will always help any player in charitable need, past or present.”

“Once the inquiry has concluded, we will publish a report of our findings and conclusions.

“We can confirm that, as part of the ongoing inquiry, we have issued the charity with an official warning over past mismanagement.”