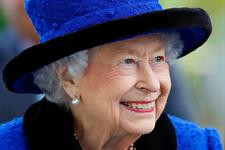 Charities across the country have paid tribute to the Queen, who has died at the age of 96.

Queen Elizabeth II was patron of more than 600 charities during her lifetime, including Cancer Research UK, the RSPCA and Girlguiding.

Buckingham Palace announced the Queen’s death this evening, after an earlier statement saying doctors had grown concerned about her health.

She stepped down as a patron of several charities in 2016, as part of reducing her public roles in older age.

Matt Stringer, chief executive of the RNIB, where the Queen was a patron for more than 70 years, said: “Her Majesty became RNIB’s patron upon her accession to the throne in 1952, and during this time made a tremendous contribution to our work.

“Her Majesty was a passionate advocate for the rights of blind and partially sighted people and generously hosted many receptions on behalf of our organisation.

“We are immensely grateful for Her Majesty’s long-standing support which has made such a difference to the lives of people with sight loss across the UK.

“We extend our deepest sympathies to the royal family and everyone who has been affected by this sad news.”

The British Red Cross, where the Queen also became a patron when she took to the throne, said: “From countless financial donations for those hit by disasters at home and overseas, to meeting the victims of crisis here in the UK, the Queen has been a source of unwavering support and comfort to people during some of the toughest times in their lives.”

Mark Dowie, chief executive of the RNLI, said: “Her Majesty has dedicated 70 years as patron of the RNLI, engaging with and recognising the efforts of thousands of our people.

“We place on record our sincere thanks for Her Majesty’s unwavering commitment to saving lives at sea. Our thoughts are with the royal family and Her Majesty’s loyal subjects across the United Kingdom and Commonwealth.”

The Queen was also a patron at Family Action and David Holmes, its chief executive, said: “Throughout her lifetime, her majesty has championed community and civic issues and her patronages shone a light on the vital work carried out by charities.

“Family Action was one of the beneficiaries of this focus, and it has helped us to raise awareness of the work we do providing practical, emotional and financial support for vulnerable families.”

Priya Singh, chair of trustees at the National Council for Voluntary Organisations, said: “We celebrate Her Majesty’s service to UK civil society and are incredibly thankful for the support she offered to charities and volunteering throughout her lifetime.

“Our thoughts are with all charities for whom the Queen served as royal patron, and with the countless organisations, communities, and individuals whose lives she touched.

“The Queen was a truly global figure whose leadership will be sorely missed. She was an inspiration to many throughout her record breaking reign.”

Tyler Perry Gets Real About Spike Lee’s Past Criticisms Of Madea
‘We are not rich:’ A couple share one money tip that lets them travel full time — on land and sea
Rajant’s 3rd World Music Benefit for UNICEF Fundraiser to Aid Children Worldwide
Tributes to fundraising director who died during Parkrun
Charities told: now is the ‘perfect moment’ to press corporates on social action