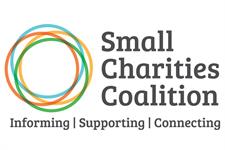 Steven Kirkpatick has stepped down as chair of the Small Charities Coalition after a year in the role.

He will be succeeded by the consultant Joyce Fraser, who is the founder and chair of The Black Heroes Foundation.

Kirkpatrick was appointed in November 2020 after the previous chair Bushra Ahmed stepped down for personal reasons, and at the time was expected to remain in the role for two years.

But a spokesperson for the SCC told Third Sector: “Steven recently became the chief executive of a new recruitment firm, GoJob, and has stepped down from the board of SCC to focus on his new role.”

The SCC is also without a permanent chief executive after Rita Chadha left in the summer to become the first director of the membership charity City Sikhs.

Fraser, who has been a trustee of the charity since January 2019, is an organisational development and change leadership consultant, and is also a trustee of the Chartered Institute of Fundraising and the Directory of Social Change.

In a statement, Fraser thanked Kirkpatrick for his hard work over the past year and wished him well in the new role.

Fraser said she was “very honoured to take on this role as SCC continues its journey, rebooting itself to meet the needs of our members in this new world”.

She went on to say: “SCC has meant so much to me on a personal basis. It is the organisation that helped me to form The Black Heroes Foundation and without SCC I wouldn’t have known where to start.

“As a board and a charity we’ll be more resilient through living our values and embedding equality, diversity and engagement in everything we do so we can best serve our members and wider society.”