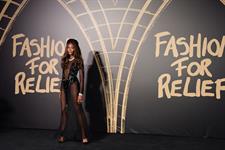 The Charity Commission has stopped trustees making certain financial transactions at the model Naomi Campbell’s grant-making charity while it conducts a statutory inquiry.

The regulator said it opened a compliance case into Fashion for Relief in September last year due to a range of regulatory concerns relating to the governance and finances of the charity.

The charity, which has purposes to relieve poverty and advance health and education, has consistently filed late accounts and has failed to provide proof that conflicts of interests are being managed, the regulator said.

In March this year, the commission issued the trustees with an action plan, aimed at improving the charity’s financial management.

The charity’s latest accounts are almost 180 days overdue and it has only filed its accounts on time once in the past five years.

It accounts for the year to the end of July 2019 show a total income of more than £1.7m but just over £5,500 was spent on charitable activities.

The organisation’s total spending on raising funds was more than £1.6m.

Following a review of the charity’s response to the action plan, the regulator said it had identified further concerns in the charity’s financial management and governance.

As a result, the commission escalated its case into a statutory inquiry to look at whether those in control of the charity had properly exercised their legal duties and responsibilities under charity law.

That includes the charity’s financial management and payments made to a trustee for services provided to the charity and the level of charitable expenditure, and how trustees are governing the charity.

It will also examine whether there has been misconduct and/or mismanagement by those in control of the charity.

Trustees have been restricted from making certain financial transactions in order to protect the charity’s property while the inquiry is ongoing, the commission said.

The regulator said it may extend the scope of the inquiry if additional regulatory issues emerge.

Fashion for Relief has previously blamed the coronavirus pandemic as the reason behind the delay in iit filing its accounts, but the commission said in October that trustees had not complied with their legal duty to file accounts on time.