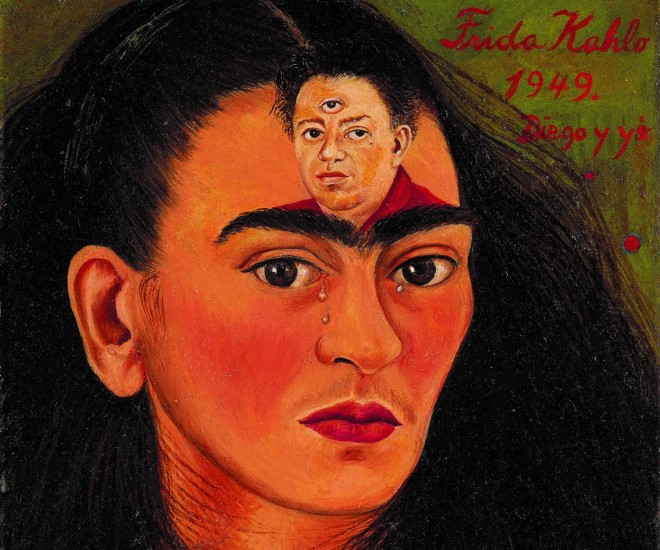 Frida Kahlo’s “Diego y yo” was sold for US$34.9 million and has become the most expensive work of Latin art ever sold in an auction. The record was set during Sotheby’s Modern Evening Auction held on November 6

Before this staggering record, the title of the most expensive Latin artwork was a painting by Kahlo’s partner Diego Riviera — “The Rivals” was sold for US$9.8 million.

The winning bidder was Argentine financier Eduardo F. Costantini — one of the world’s top collectors of Latin American artworks and the founder of the private art museum, MALBA in Buenos Aires.

Kahlo’s painting was a response to Rivera’s infidelity. In a statement following the sale Anna di Stasis, Senior Vice President of Sotheby’s New York, said, “You could call tonight’s result the ultimate revenge, but in fact, it is the ultimate validation of Kahlo’s extraordinary talent and global appeal.”

The recording-breaking feat of Kahlo was indicative of a burgeoning appetite and interest for Latin art. Other art pieces from Latin American artists were also sold for significant prices during the same evening.

On the top end was Remedeos Varos’s “Les Feuilles mortes“, which sold for US$2.7 million. Argentinian and Italian painter Leonor Fini’s sensual painting “Les Aveugles” brought in a total of US$867,000, and a Rivera painting saw a hefty return: the bright, geometric still-life “Nature morte aux trois citrons jaune” sold for US$3.3 million.

The evening’s auction achieved a near-perfect sell-through rate, with 46 of the 47 lots offered finding buyers.

Before the sale, three lots were withdrawn, including a 1932 Georgia O’Keefe painting and a Henry Moore sculpture. Overall, the lots that went to auction Tuesday night hammered at US$240.5 million before fees were included. Pre-sale estimate had predicted sales to range between US$192.2 million to US$266.9 million.

Claude Monet’s “Coin du bassin aux nymphéas” held the highest estimate of the evening at over US$40 million and was ultimately sold for US$50.3 million.

Meanwhile, a record was also made for none other than Pablo Picasso — at least within the medium of ceramics. “La Chouette” raked in US$3.9 million on an estimate of US$1 million to US$1.5 million, obliterating the former record for a Picasso ceramic of US$2.5 million.

This evening’s sale follows the Macklowe Collection auction held the night before on November 15, which gave Sotheby’s its record-high US$676 million sales. The highly anticipated event was ordered by the court as part of the divorce between real-estate developer Harry Macklowe and his museum trustee ex-wife, Linda.