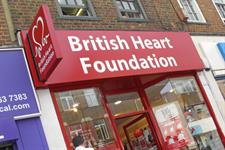 The British Heart Foundation is being taken to an employment tribunal amid allegations the public were put at risk because of an alleged delay in implementing Covid-19 safety measures at one of its stores.

Gary Bruton began working as a warehouse assistant at the BHF store in Brixton, south London, in December 2019 after volunteering at the charity for several months.

He was furloughed in March 2020 and returned to work four months later in July when lockdown measures were lifted.

“On our return to work there were new methods and procedures introduced that were meant to manage the risk of transmitting Covid-19 via goods donated by the public,” he said.

But he claimed the precautions were not introduced at the Brixton store, meaning that, in Bruton’s view, staff and public were exposed to “unnecessary risks of Covid-19 for two weeks”.

Bruton said he raised concerns about the situation on 27, 28 and 29 July, and about a week later he complained to senior management before walking out.

The charity refutes his version of events and said it adhered to government guidance relating to the quarantine of donated items as required.

Bruton said: “I decided that I was being exposed to unnecessary and unacceptable risk and left, after reporting what I considered to be a serious incident to senior management.”

He was dismissed in September 2020 and has since begun employment tribunal proceedings.

The case is scheduled for a nine-day hearing in December next year.

“I hate to take legal action against a charity, but in 40 years of work I’ve never encountered a management with such disregard for the welfare of their staff and customers,” Bruton said.

Allison Swaine-Hughes, retail director at the BHF, said: “We’re grateful to Mr Bruton for his contribution to our work, but we refute his version of events.

“We are fully committed to ensuring that any questions raised get heard and addressed through the upcoming proceedings and we do not wish to prejudice those proceedings by commenting on the details of the case.”

“Throughout the pandemic, the safety of our staff, volunteers and customers has been of the utmost importance to us.

“All colleagues in our shops and stores were given training and provided with safety materials to ensure our premises were Covid-secure, and safe to shop and work in.

“Regular independent audits also took place across our retail estate to ensure these safety measures and standards were maintained.

“The government guidance relating to the quarantine of donated items for 72 hours was also vigorously adhered to at the time this was required, and we took additional safety measures, such as using specialist sprays to clean furniture items.”