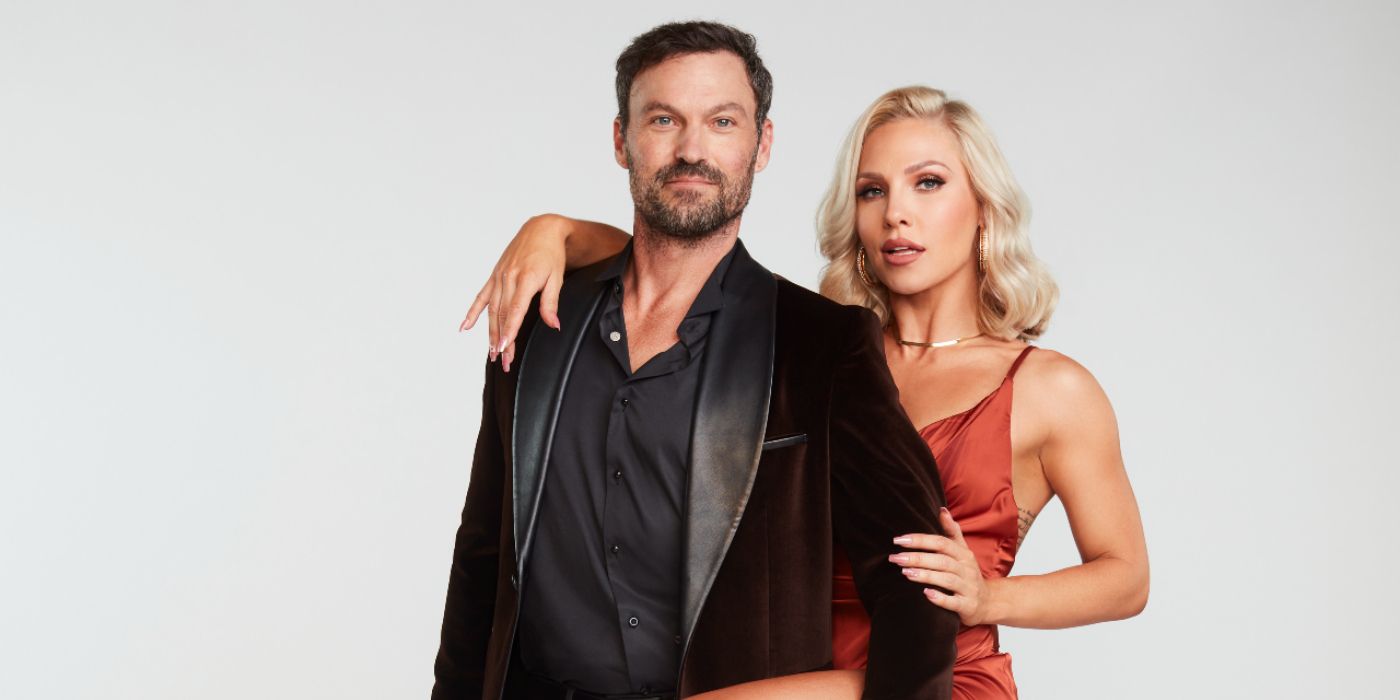 Professional dancer Sharna Burgess has revealed the challenges of dancing alongside her boyfriend, Brian Austin Green, on Dancing With The Stars season 30. This is Sharna’s 14th season competing in the ballroom. Over the years, Sharna has managed to take home one Mirrorball Trophy. She and former partner Bobby Bones won DWTS season 27.

Dancing With The Stars returned for milestone season 30 earlier this week. Amongst the celebrity-filled DWTS season 30 cast is Brian, who is best known for his role on the hit show Beverly Hills, 90210. Brian was not only a star on the show but also a producer and director. Brian is also well known for his past relationship with actress Megan Fox. Although the two are no longer together, they continue to co-parent their three kids together.

Brian was not only cast for the dancing competition but he was also assigned his new girlfriend as a partner. Although the couple nailed their first dance together during the DWTS season 30 premiere, Sharna is opening up about the challenges she has been facing by dancing alongside Brian. According to Page Six, Sharna admitted there is a “learning curve” by dancing with someone she is dating. Sharna and Brian have been dating for almost a year. Throughout her entire career as a dancer, both on and off the show, Sharna has never danced with a significant other. She explained, “I’ve never dated anyone that I’ve danced with, whether it was in my competition life or my Dancing With The Stars career. So everything for me is new.“

The biggest challenge Sharna has faced thus far is “learning that balance every day in how to approach it.” Despite the difficulties in this new experience for Sharna as a professional dancer, she is enjoying every minute of it. The couple has yet to have a “bad moment” while rehearsing. Sharna claimed this is thanks to her and Brian’s “great communication” within their relationship. Brian has had nothing but good things to say about his experience dancing with Sharna. He has even called her an “amazing” teacher. When Brian and Sharna first started dating, they had both agreed they would never compete together on DWTS.

Although this may not have been something Sharna and Brian had originally wanted, Dancing With The Stars fans are loving this pairing in the ballroom. They managed to bring the heat in just the first dance, which left fans wondering what the rest of the season will entail. Sharna and Brian are back in the studio rehearsing for their second dance of the season. Next Monday’s live episode will conclude with the first elimination of the season.

Dancing With The Stars airs Mondays at 8pm on ABC.

Next: DWTS: Pro Dancer Cheryl Burke Is Thinking About Retiring From Show

Gianna is a 24 year old Reality TV fanatic. She spent her free time in college working for a top 40 radio station, where she was always in the know with the latest entertainment news. Now, when she’s not binge watching Dancing with the Stars or Jersey Shore, you can find her at the gym doing some heavy lifting.