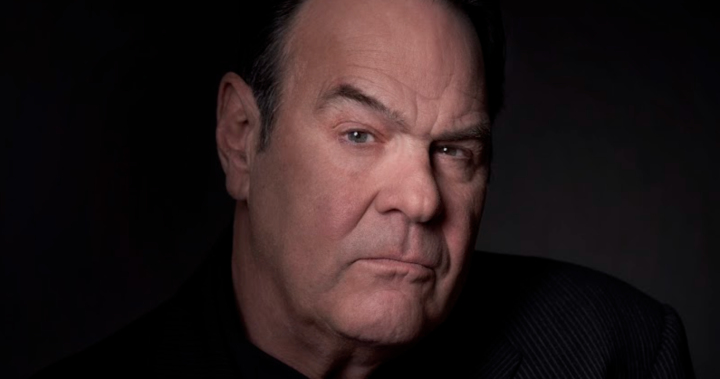 Ghost-story show Hotel Paranormal, which tells the tales of supposedly haunted buildings and the unfortunate souls who experienced the paranormal events, is back for Season 2 with Canadian host Dan Aykroyd.

Aykroyd, a firm believer in the supernatural, serves as host and narrator of the show’s episodes. Season 2 ramps up the scares with more bone-chilling real-life stories of otherworldly run-ins told from stays at grand hotels, highway motels and short-term rentals around the world.

In a survey commissioned by specialty channel T+E, results showed, on average, that roughly half of Canadians believe in ghosts: across the country, Albertans are the most likely to believe in the supernatural. Nearly six in 10 (57 per cent) said they believe in ghosts, placing them well ahead of BC (39 per cent) and Ontario (42 per cent).

The Prairies, Quebec and Atlantic Canada toe the line at 49 per cent, 48 per cent and 50 per cent, respectively. Overall, just one in three Canadians are firm ghost skeptics, while 20 per cent of Canucks are unsure what to believe.

“What makes Hotel Paranormal so unnerving and entertaining is that these are all documented real-life encounters — and the new season has even more scary stories to share than the first,” said Aykroyd.

“These eyewitnesses are very believable; you can tell they really went through something that still haunts them to this day.”

Global News sat down with Aykroyd for a brief chat, and the Ghostbusters star (and now producer) told us his one of his favourite chilling tales.

Global News: Are you excited to be back for a second season of ‘Hotel Paranormal’?
Dan Aykroyd: I love doing this stuff. I love narrating these stories.

I haven’t had too many experiences with the supernatural. I’ve had a few choice things happen that have confirmed to me that there’s a little more than our four dimensions and this spark of life. The spark of life can continue, I’m convinced. For myself, I’m a believer.

First of all, I like doing voice work, but especially this show. I get to push it a little and express fearful emotion that a lot of these victims or subjects have gone through.

Also, my family has an interest in spiritualism going back to my great-grandfather; he was a member in the Lily Dale, New York community of mediums, down there near Chautauqua. That was passed by him to his son, and then to my father, who was a Bell telephone road engineer. I was reading up about this stuff as a kid, and really wrote [the original] Ghostbusters from that. I’ve always [been] interested in the supernatural, the paranormal — things beyond our four dimensions, our planes of existence. Mainly due to the fact that it’s very entertaining stuff.

Humans love thrills. Humans love things of power that are beyond their understanding, that they can’t control. Certainly ghostly apparitions and encounters, of which there are thousands happening every day, fall into that category.

Are there any standout stories from this season?
The couple in Texas that deliberately bought a hotel with a history of paranormal activity… they bought it specifically for its history and hoped to make it a tourist attraction. That’s an interesting one, and you know what? A lot of these hotels do that, marketing them based on the history. There are a couple of stories about people who willingly bought places and then had experiences themselves, which both confirmed the stories and frightened them… but in the end most of them stuck with it.

Then there’s the Lemp mansion, a family of brewers, a dark history. Suicide, homicides… people from all over the country and ghost hunting groups go to the Lemp mansion and have consistent experiences. We have a great episode involving the Lemp mansion where a woman voluntarily goes there to stay and ends up getting more than she bargained for.

And then there are the stories of spirits that follow people home. That leads me to one of the best scary stories I’ve ever heard in my life, and I’ve heard a fair share:

There was a guy out west, a member of a motorcycle club who told me this story. He said he was riding his bike in the desert and his bike ran out of gas. He pulled over at this old abandoned gas station, the pumps were rusty, no one was there. Out of desperation, he picked up the hose and looked at it, then opened his gas tank and pressed the lever. There was enough gas to partially fill the tank, and got on the bike and it started to move. On each shoulder he felt a pressure, as if a hand was pressing down. Then he felt the weight of the bike depress, as if a passenger was mounting the bike.

He screams out of there, hoping to throw the thing off. It stayed with him for the entire trip home. He pulls in, he drops the bike on his front yard, runs inside, then locks the door. This was a real tough guy, too. He’s up to his eyeballs in blankets on his bed, shaking uncontrollably. About two hours later, a highway patrolman knocks on his door, says “Sir, you were involved in a traffic accident, you’re under arrest. You hit a bicyclist and ran.”

He says that he’s been in bed for the last two hours, that what he’s being accused of is not possible. He looks out and sees that his bike is gone from his front yard, it’s a mile down the road in the ditch. Somehow, during the night, that motorcycle got from his house, hit a bicyclist and was left in that ditch. My friend swears he was in bed the entire time. The cops didn’t believe him and he was charged.

Fun fact, I actually played the ghost of William Lemp, Sr. in the Lemp episode!
Oh neat! That’s fun. T+E is quite open about the fact that we do reenactments and re-documentation, but the stories are based on real places and real subjects’ experiences. They do suffer from PTSD in many cases, but we try to deal with it compassionately.

Read more:
‘I deserve to have a life’: Britney Spears asks judge to end conservatorship

In the Lemp episode, there are actually clips of real footage and actual photos taken by the woman who went to the mansion.
T+E has a lot of footage in its episodes on Hotel Paranormal. It’s very effective, it adds another layer to the story.

I’d be remiss if I didn’t ask you about this upcoming film, no one’s really heard of it … I think it’s about ghosts? I think it’s called ‘Ghostbusters: Afterlife.’
[Laughs] We have Jason [Reitman]’s seamless iteration that’ll link back to the first movie, plot-wise, structure-wise, and it really works. We have a young cast and they’re outstanding players and comedians. It passes it off to a new generation of cadets, which I’m excited to see. Excellent, scary, funny, brilliant vision.

I pray, along with Sony and everyone else involved, that we’ll all be watching it side by side, munching popcorn, having drinks and enjoying it in congregate society. Being scared together, being awed by the visuals together.

This interview was edited and condensed.

Season 2 of ‘Hotel Paranormal’ premieres July 2 at 9 p.m. ET/PT on T+E, and was produced by Saloon Media, a Blue Ant Media company.

Kevin Spacey ordered to pay nearly $31M to ‘House of Cards’ makers
Jennifer Lopez Rocks Rainbow Tie-Dye Sweats In 1st Pic Back In LA After Italy Getaway
Anne Heche Is in a Coma Following Car Crash
Why Grammy award-winning rapper Macklemore is making clothes for the golf course
Modest Mouse’s Isaac Brock Covers “I Heard It Through The Grapevine” For Documentary Claydream: Stream