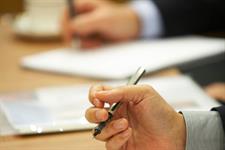 The Charity Commission appears to have shelved plans to publish a long-awaited report into executive pay in the voluntary sector, it has emerged.

In December 2019, the regulator announced plans for a study into top-level pay after it criticised the board of Marie Stopes International for failing to properly record discussions that led to the charity awarding its chief executive a £434,500 pay package.

At the time, the commission said it had been asking charities since 2018 to reveal how much their highest-paid staff member had received and it would use that data to “make a study of pay” in charities.

The findings were due to be published last year.

While it is understood the regulator has not ruled out publishing a report, it told Third Sector that it had no immediate plans to share the results.

In 2019, the commission made it compulsory for charitable incorporated organisations and all other charities with annual incomes of more than £10,000 to specify how many staff members were paid more than £60,000 a year.

The information is then published in income bands on the commission’s register.

A spokesperson for the regulator said: “The commission is committed to promoting transparency in charities, including in relation to pay.

“It is important that charities are open about their levels of pay as well as the reasons behind their decisions on remuneration.

“Since September, entries on our new charity register have included details on pay above £60,000, and we are continuing our wider work in this area.”

Looks Like Dune’s HBO Max Release Might Not Be Set In Stone
9 Horror Short Story Collections to Keep You Up at Night
Book Riot’s Deals of the Day for April 5, 2021
The Great Reset: Travel Trends To Look Out for Post-Covid-19
St Mungo’s maintenance staff to stage indefinite strike