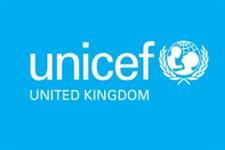 The outgoing executive director of Unicef UK has called on the charity’s board to clear up confusion over who is in charge after trustees appointed interim replacements with immediate effect while he remains in post.

Sacha Deshmukh, who joined the charity as executive director in April, resigned last week after making bullying allegations against chair Douglas Alexander, who denies the claims.

Alexander also subsequently stepped down from his role, saying he felt it would be inappropriate to continue as chair while an inquiry took place.

The charity announced it had appointed Shatish Dasani as interim chair and said Sophie Gallois, its deputy executive director for communication, advocacy and programmes, and Steven Waugh, its chief financial officer, would become interim joint executive directors with immediate effect, in addition to their other responsibilities.

However, Deshmukh remains in post and is expected to continue in the role until his notice period ends on 19 October.

In a letter to Dasani – which was revealed exclusively by Third Sector over the weekend – to call on the board to correct what Deshmukh said was inaccurate comments made since his resignation, he also noted there was confusion over who was fulfilling the executive director’s role.

The letter said Cosette Rezcek, chair of the charity’s audit and risk committee, had told Deshmukh in a telephone conversation that the board recognised he was still executive director and was still bound by the terms of his contract.

“For the absence of any doubt, no member of the board has had any conversation with me seeking a mutual agreement to in any way alter my notice period, and as such I believe that I am still executive director of Unicef UK and shall serve in that position until my last day of notice on 19 October,” the letter said.

It said the question of whether he was still executive director was causing “visible confusion” among staff at a meeting last week, and was also confusing for Gallois and Waugh.

“I believe that the board must also with urgency correct this mistaken statement and clarify its respect for my continuing in my position through the completion of my notice period,” the letter from Deshmukh said.

The Charity Commission yesterday confirmed it had opened a case into the charity after it had concerns reported to it, including by Unicef UK through a serious incident report.

Nobody from Unicef UK responded to repeated requests for comment from Third Sector.

Proportion of charities with no reserves has more than tripled during the pandemic, regulator warns
Book Riot’s Deals of the Day for September 23, 2021
Singapore is seeing daily record Covid cases. Here’s why it may not be a bad thing
‘I’m Your Man’ Surpasses $2K Per Screen In Strong Open; ‘El Planeta’ Rocks The IFC – Specialty Box Office
Nike shares fall as supply chain havoc leads retailer to slash revenue forecast