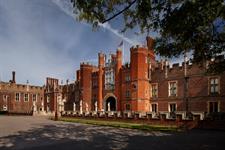 Up to 145 roles are at risk of redundancy as the charity that looks after the Tower of London and Hampton Court Palace looks to tackle an expected £100m fall in income this year.

Historic Royal Palaces, which looks after five sites in and around London as well as Hillsborough Castle in Northern Ireland, said it had been forced to reduce its workforce in the face of an almost 90 per cent reduction in income to about £10m this year because of the coronavirus pandemic.

It said the restructuring proposals included a reduction of 86 full-time equivalents out of 1,165 employees, equating to 145 roles potentially at risk, plus other changes to terms and conditions.

In a statement, the charity said: “We expect our recovery to take several years, and that means we must plan to live within half our usual income.

“We have no choice but to take measures to reduce our costs.

“We would not be proposing redundancies if we had not exhausted all other means available to us.”

HRP said it would make a final decision once a 45-day consultation was complete.

The charity said it stopped all but essential expenditure as soon as the pandemic hit, had taken full advantage of the government’s furlough scheme, and was spending its reserves – which it expected to be exhausted at the beginning of next year.

HRP said it would continue to pursue all remaining avenues for additional funding.

“Payroll normally accounts for around half of our costs, but this proportion is much higher with reduced income, and so it remains necessary to make savings in this area.

“We have gone some way to achieving this by freezing recruitment, ending seasonal contracts and making temporary adjustments to pay and pensions,” said the statement.

In addition, the charity said its voluntary redundancy scheme had made a substantial contribution to the savings it needs.

John Barnes, chief executive of HRP, said: “At every stage of this crisis, we have tried to limit the impact of the financial challenges on our staff.

“If we are to continue this work, we must act now to reduce payroll costs and make the charity financially sustainable.”