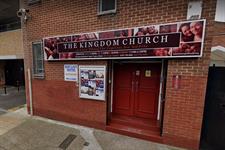 The Charity Commission has opened a statutory inquiry into a charity that promoted fake coronavirus protection kits.

In April, the regulator said it had opened a compliance case into The Kingdom Church GB, which runs a church in south London, after the National Secular Society said the charity had been advertising false coronavirus cleansing products made of oil and string.

The charity denied at the time that it promoted or sold the equipment, but said it was instead sold by a separate company called Bishop Climate Ministries, which is run by a church trustee.

The commission said its case had uncovered issues with the charity’s finances, including concerns about the accuracy of the information provided to the regulator about its income and expenditure.

This led the regulator to elevate the case to a statutory inquiry, which will examine issues including  trustees’ compliance with their legal duties around the administration, governance and management of the charity, and how they had managed conflicts of interest.

The commission said this would include an examination of the church’s relationship with Bishop Climate Ministries.

The regulator said it had ensured the charity had removed all known links to the sale of the alleged coronavirus protection kits from the charity’s social media channels and websites.

It said it would continue to work with Southwark Council Trading Standards, which is carrying out a separate investigation into the sale of the kits.

Helen Earner, director of regulatory services at the Charity Commission, said: “Many will have been concerned by allegations about this charity’s activities in relation to Covid-19, and so it is right that we, and others, have intervened.

“Our own examination into The Kingdom Church GB has identified further concerns that require investigation which is why we have now opened an official inquiry.”