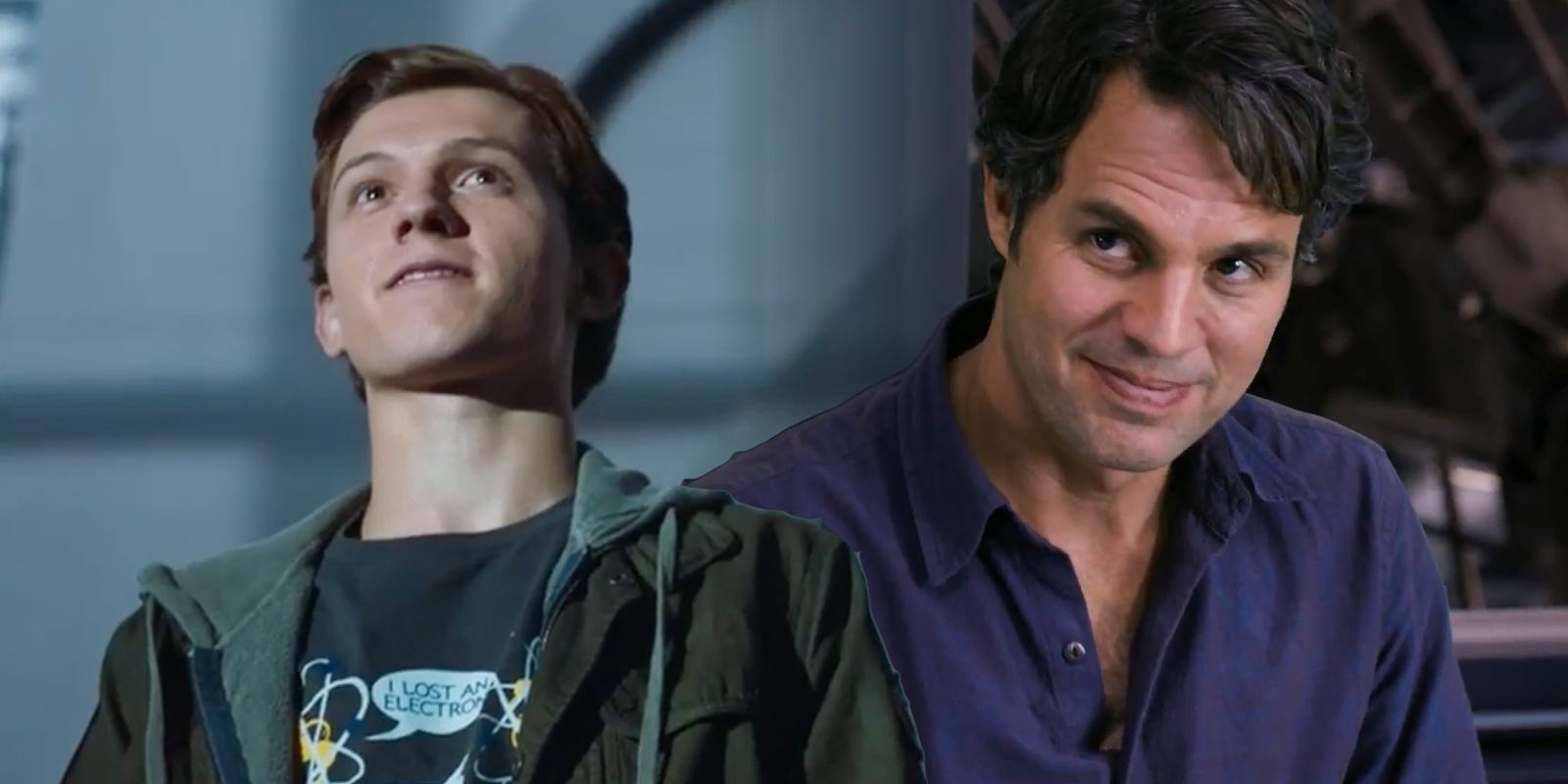 Tom Holland interrupts his co-star Mark Ruffalo in a funny Avengers: Endgame set video. As the conclusion to Marvel’s massive Infinity Saga, Endgame was one of the most highly-anticipated movies of the decade. Luckily, it exceeded fans’ expectations when it released last year, becoming both a critical and commercial success. It wrapped up the stories of several original Avengers, including Black Widow, Iron Man, and Captain America. However, some, including Ruffalo’s Hulk, may have a future in the present-day Marvel Cinematic Universe. As of now, the most likely avenue for another appearance is Disney+’s upcoming She-Hulk TV show, though nothing is official yet.

Avengers: Endgame also further endeared fans to newer MCU heroes, including Holland’s Spider-Man. His death in Avengers: Infinity War was one of the movie’s most emotional moments, leading to his triumphant return in Endgame. Spider-Man also introduced Marvel fans to a post-Thanos world, as Spider-Man: Far From Home came out only a couple months after Avengers: Endgame. The timing of that release showed how important Spider-Man is to the MCU, which is why Marvel wanted to preserve its partnership with Sony last year.

Though Hulk and Spider-Man haven’t spent a lot of time interacting onscreen, Holland and Ruffalo are often grouped together for their behind-the-scenes-antics. Both stars have become notorious for accidentally spilling secrets from the films, with Avengers: Endgame co-director Joe Russo even revealing Holland wasn’t given the full script for the film because of it. Meanwhile, Ruffalo famously live-streamed the first 20 minutes of Thor: Ragnarok to his followers after forgetting to end a Facebook Live. While the new set video Holland shared isn’t quite as funny as that, it still provides a fun look at his experience on the Avengers: Endgame set, as he races around before accidentally interrupting an interview with Ruffalo. Check it out below:

Though Avengers: Endgame came out over a year ago, set videos and photos are still making their way onto the Internet. Considering the magnitude of the film, any behind-the-scenes detail is interesting to see. Ruffalo himself doesn’t make an appearance in the video, but it’s almost funnier imagining his expression upon seeing Holland race into the room. It’s unknown at this time if Holland and Ruffalo will ever appear in the MCU together again, but it might be worth it just for more behind-the-scenes interactions like this one.

Fans have become even more appreciative of content from past movies in recent months, as the MCU is at a standstill due to the coronavirus. It’s been exactly a year since the release of Spider-Man: Far From Home, and fans won’t see another MCU movie until Black Widow comes out in November. In the meantime, hopefully stars like Holland continue to share fun content from previous films, especially Avengers: Endgame.

Rebecca VanAcker is a news writer and evening editor at Screen Rant. She enjoys covering all things superhero, especially Marvel and the Arrowverse. In the past, she’s written TV recaps for Screen Picks and reviews for Yahoo TV UK. Though Rebecca likes movies and other forms of storytelling, TV is her true passion, having written about it in some capacity since 2014. She especially loves female-driven shows like Parks and Recreation, Jane the Virgin, and Fleabag.

A graduate of Michigan State University, Rebecca got her teaching certificate before falling in love with writing and the entertainment industry. She has a B.A. in English, and her longtime love of reading has followed her into adulthood. While she enjoys discovering new books, right now she’s probably just re-reading Harry Potter for the millionth time. Her other hobbies include baking, anything Disney, and exploring with her dog, Beckett.