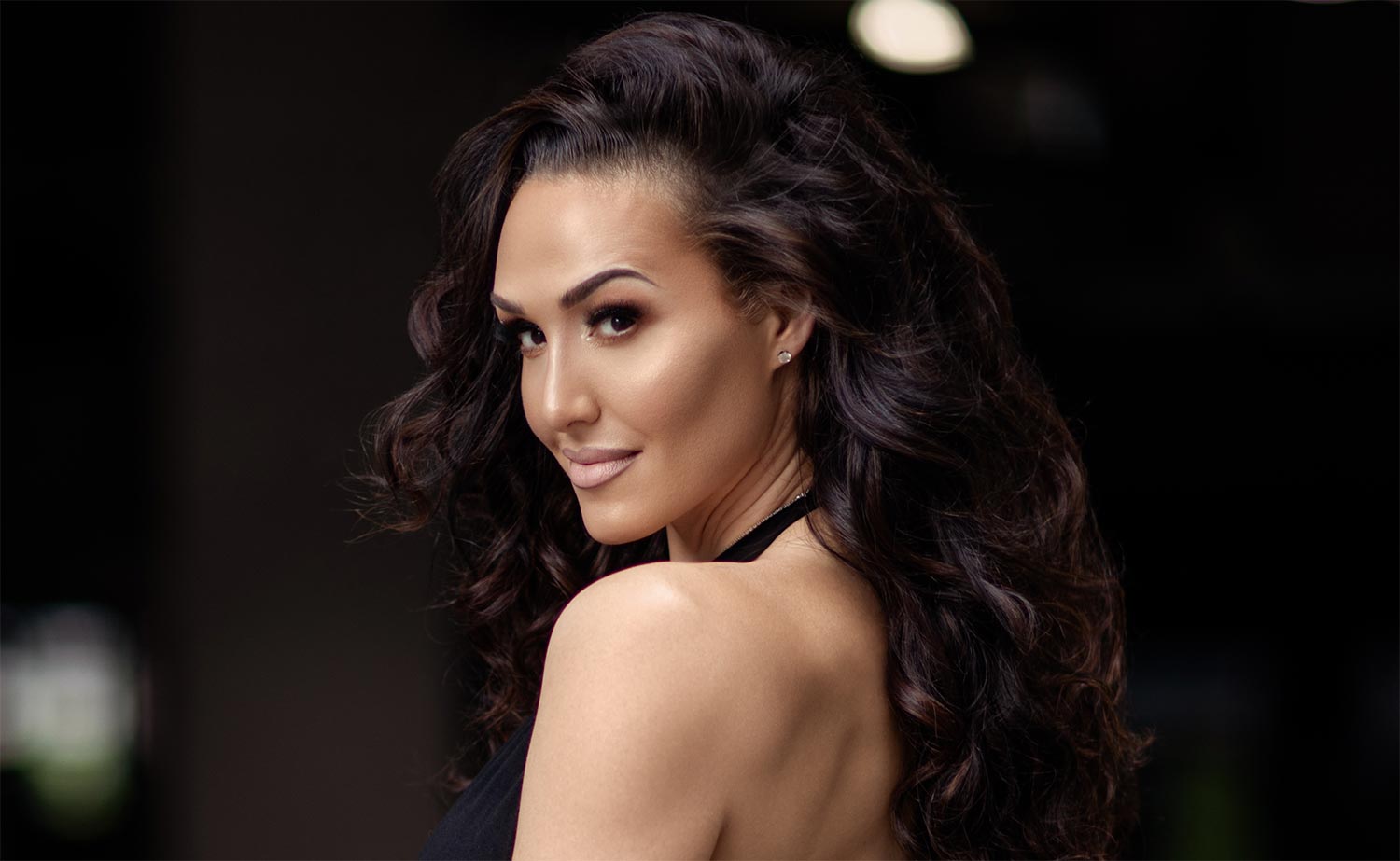 It is not hard to see why we love the very sexy, the very beautiful, fitness model and bodybuilder, Gia Macool! Born to a Lebanese American family and was raised in Florida, she stands 5’11, and measures a sultry 36DD-28-36. She has a huge following on her own website, as well as her YouTube, Instagram, Facebook, Twitter, and Snapchat accounts totalling a following of 7.4 million on social media!

But like everyone else, she started with zero followers.

She consistently shared what was significant in her life. Rather than going for that “shock value”, she just stayed true to herself, saying, ”I never set out to be a role model. I only do what I love and put out what makes me smile. If I can have a positive influence on even one person, then that’s motivating for me. I just don’t want people to put me on this pedestal as if I can’t do any wrong because I am only human. “

Gia started acting and modeling at a very early age. She traveled to New York and Los Angeles attending auditions, and as soon as her work went public, that was when her career took off.

She believes you should always do what you love and it will never feel like work. This career has always allowed her to explore my creative side and that is why she loves it so much because even if it has its ups and downs, she never gets bored and it keeps her challenged.

These challenges have made her a better person. She learned that there will be those in the industry who will want to brand you, in a way that will benefit them.

She found out that she needed to stay away from these people because she realized she does not need them to succeed as much as they will make it seem like she does. So now, she always stands firm on what she wants, which has made her in the long term, much happier.

She also wished that someone warned her about the industry’s dark side — that everything you take digitally can be stolen and used for gain. She even warns us, “There are those who want to use you, benefit from your hard work and bring you down in the process. You can be a positive person, but that makes those who are not, more envious of you.”

Some of you may be wondering if Gia is single, and well, she never mentioned if she was seeing anyone, as she likes to keep her personal affairs private, but she had something interesting to say about women in her industry who say they are single, “Do not believe any model who says she is single! There is always a line of prospects waiting!”

While there are so many men competing for her attention, Gia shares what she looks for in a man, “Well I prefer a gentleman. A man’s man. One who knows how to approach a woman. This is rare these days. They should not try to impress me with expensive things because I have worked long enough to establish a very secure future for myself. Rather, what impresses me is a man who is ambitious, a go-getter, and humble enough to treat those around him with compassion. Many men have tried to get me using all sorts of things but I will leave that for another interview.”

So what’s next for Gia? From the looks of things, she has so much going on, that we are still trying to keep up!

One of the things that has us excited and has been keeping Gia busy right now is the launch of her new fitness app, CoolFit by Gia Macool, which has her busy filming long weeks on end, “I have my fitness app launching soon! And I have new and amazing content on my fanclub, www.GiaMacoolClub.com,  and social media sites! I am also working on a book and have live speaking events to help young aspiring models, giving them tips on how to be a successful influencer and model. Just stay tuned on my social media pages for more on this. I just did a podcast as well and will be doing lots more! Lots of great things coming for the future!”

Book Riot’s Deals of the Day for July 11, 2020
“It’s the Duchess We All Know and Love”: How Quarantine Introduced the Real Camilla to the World
The Banyan Tree Hotels and Resorts are a Sanctuary for the Senses
Nike Drops Four New State-Of-The-Art Zoom Tempo NEXT% Sneakers
Apple Music Launches Africa Rising Artist Spotlight & Playlist with Omah Lay