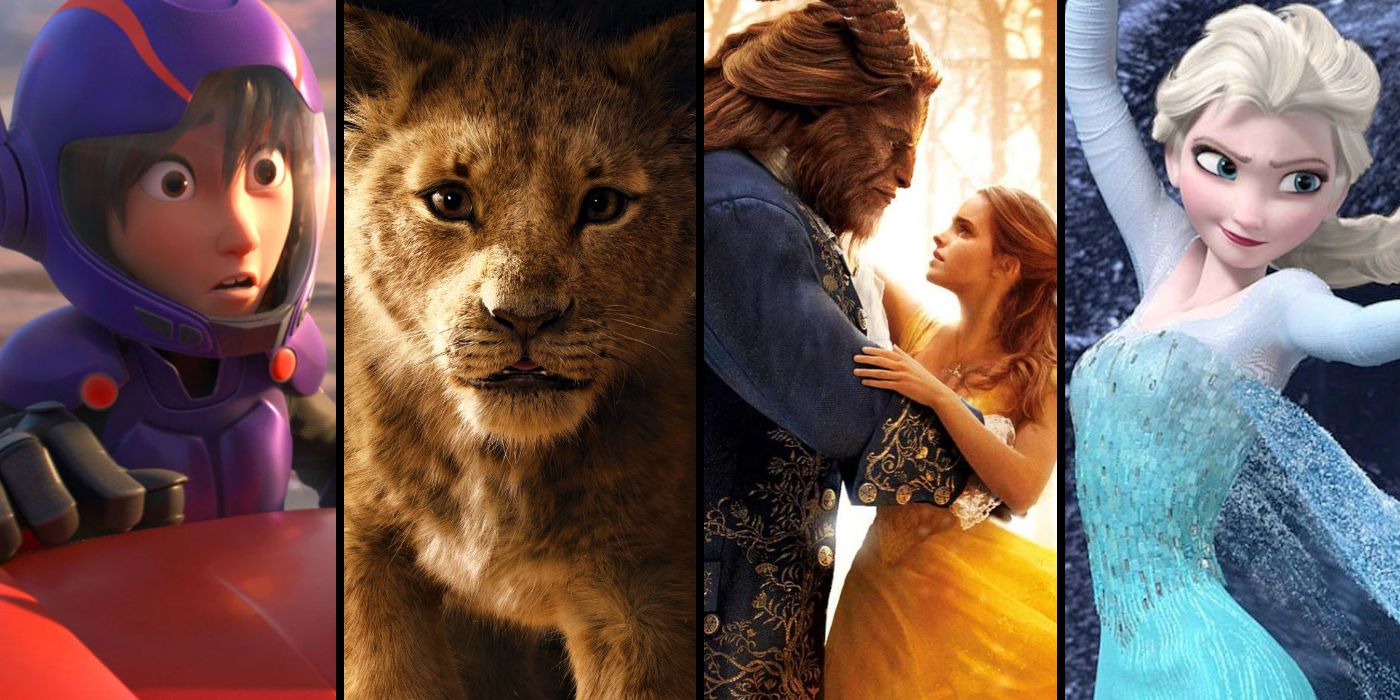 The 2010s saw Disney rise from being one of the major Hollywood studios to dominating the field, thanks to its stream of animated films and live-action remakes, not to mention the revival of Star Wars and the expansion of Marvel Studios. And now, Disney has positioned itself to be even bigger in the 2020s thanks to the launch of the company’s streaming service, Disney+, which came on the heels of Disney’s acquisition of 21st Century Fox.

While it has, at times, felt as though Marvel has dominated everything, Disney has actually pushed out an impressive array of movies, from popular franchise sequels to wholly original movies. The decade has also seen the advent of live-action remakes, which began in 2010 with Tim Burton’s Alice in Wonderland, and took audiences right up to July 2019 with Jon Favreau’s The Lion King.

Below, we’ve rounded up the best Disney movie releases of the last decade. For clarity, we’re not including Star Wars or Marvel releases, but we have included Disney Pixar, Disney live action, and Disney Animation releases.

Loosely based on the classic fairy tale, Rapunzel, Tangled arrived in theaters way back in November 2010. Starring Mandy Moore as the voice of Rapunzel and Zachary Levi as Flynn Ryder, Tangled became an instant hit. With a score from one of Disney’s mainstays, Alan Menken, and outstanding animation (for its time), Tangled appealed to audiences both young and old, and at the time set a new record for the highest opening for a Disney Animation movie. Tangled is said to be one of the most expensive animated movies ever made, and that’s reflected in the lavish animation. It was definitely money well spent, though, since Rapunzel has gone on to become one of Disney’s best-loved Princesses, with her own show, Tangled Ever After, on the Disney Channel.

Wreck-It Ralph broke onto screens in 2012, with a look at what happens to arcade game characters when the machines close down for the night. John C. Reilley is the voice of Ralph, the soft, kind-hearted giant who spends his days smashing things, and is ostracized by other game characters for being a villain. He is befriended by Vanellope (Sarah Silverman), who lives in a candy themed racing game, Sugar Rush. Wreck-It Ralph became Disney Animation’s biggest opener on its release, and the original concept is a brilliantly fun look at the secret life of computer games, packed full of nostalgia for all of us old enough to remember playing the arcade classics.

The release of any Toy Story sequel is always a momentous occasion, and perhaps never more so than with Toy Story 4. Arriving in 2019, Toy Story 4 had kept fans waiting nearly the whole decade for another visit with Woody, Buzz, and the gang. We finally got to see how the toys were faring under the care of Bonnie, and while many of the toys were perfectly happy, Sheriff Woody was getting itchy feet. After teaching the ways of toy life (and the whole concept of living) to Forky, Woody decided to make his own way in the world with his beloved Bo. Toy Story 4 was rammed full of fan-service and emotion which hit the spot perfectly, but the overall story lacked much direction. Regardless, Toy Story 4 has become the highest grossing installment of the franchise, taking over $1.073 billion worldwide. Any Toy Story movie is always welcome, but in terms of quality of storytelling, Toy Story 4 fell short when compared to its predecessor.

Saving Mr. Banks released in 2013, and details the to weeks of meetings between Walt Disney and the creator and author of Mary Poppins, P.L. Travers. Set in Los Angeles in 1961, it follows Disney, played by Tom Hanks, as he tries to convince a very reluctant Travers (Emma Thompson) to allow him to use Mary Poppins in a movie. We all know how it turned out, of course, but Saving Mr. Banks earns its place on this list for the outstanding acting from Hanks and Thompson, as well as Colin Farrell as Travers’ father. Saving Mr. Banks packs a surprising emotional punch, and coupled with an exceptional musical score, it easily stands as one of Disney’s best releases in the last decade.

News of The Lion King remake was met with a mixture of excitement and skepticism, but ultimately Jon Favreau pulled off the difficult task of remaking of Disney’s most successful animated classics. It’s not possible to call The Lion King a live-action remake, since all of the animals used are CGI, but the end result is a visually stunning piece. However, making “real” animals talk has always proven difficult, and that’s perhaps The Lion King’s biggest downfall. The movie still packs that emotional punch, though, and the expansion of Nala’s character, along with the inclusion of a new Beyonce song, adds to the classic audiences know so well.

7: Beauty and the Beast

Beauty and the Beast was not Disney’s first live-action remake, but it was the first one that truly set the box office alight when it released in 2017. Some of the singing performances not withstanding, Beauty and the Beast is a lavish movie musical, with near-perfect casting and, of course, that all important musical score that made the original such a classic. Performances of many numbers, such as Gaston, were like full on Broadway productions. It is nearly an exact retelling of the original movie, which many liked, but some found to be uninspiring. That said, it didn’t stop people from watching. Beauty and the Beast took over $1.26 million at the box office, and is the second biggest movie musical of all time. It’s also the most expensive musical ever made.

In terms of box office takings, Mary Poppins Returns falls behind many movies on this list, with $349.5 million worldwide. However, this list is about more than money, and Mary Poppins Returns is a totally magical musical. It serves as the very long-awaited sequel to Mary Poppins; a massive 54 years separates the two, but it was worth the wait. While no one could improve upon Julie Andrews original nanny, Emily Blunt gives a practically perfect performance as Mary Poppins, while Lin-Manuel Miranda is joyful as Jack, the lamp-lighter. Mary Poppins Returns also features fan-service cameos from Dick Van Dyke, Angela Lansbury and Michelle Dotrice. Mary Poppins Returns is wholly reliant on its predecessor, though it’s hard to imagine anyone who hasn’t seen it. The musical score is every bit as grand, sweeping and enjoyable as the original, and as a cinematic musical spectacular, it’s pretty much perfection.

Based very loosely on the Marvel comic of the same name, Big Hero 6 follows whizz-kid robotics expert, Hiro, and his giant squidgy personal healthcare companion, Baymax. Big Hero 6 released in 2014, a year on from the release of Frozen. It went on to become the highest-grossing movie on 2014, and definitely gives Frozen a run for its money when it comes to emotional storytelling, packed with many tear-jerking moments as well as plenty of humor. Big Hero 6 is the perfect combination of sci-fi, superhero, friendship, and family, and Baymax is one of the best characters Disney have ever created. Big Hero 6 lives on with an animated series on Disney XD, which is a lot of fun but there’s not much that can compare with the perfection of this movie.

An original story from Lee Unkrich, Coco tells the story of the young Miguel, who is accidentally transported to the Land of the Dead. There, he learns more about his heritage, his family, and why his family are so against him becoming a musician. Coco has been highly praised for its depiction of Mexican culture, deeply emotional story, and musical score. Coco is a movie that is a total joy to watch, and will still make viewers cry every single time.

11 years after Toy Story 2, Toy Story 3 was intended to be the final installment of the franchise, and it really would have been the perfect ending point. As Andy leaves to go to college, his beloved toys find a new lease of life with Bonnie, and if that moment doesn’t break your heart, there’s plenty of others that will. Released in 2010, Toy Story 3 became the first animated movie to gross over $1 billion at the box office, and Pixar’s second movie to receive an Academy Award nomination for Best Picture (Up being the first). The main characters may all be toys, but it’s hard to find any movie that blends humor, character and emotion quite like Toy Story 3.

It’s impossible to ignore the enormous impact that Frozen had on pop culture. Based on Hans Christian Andersen’s The Snow Queen, Frozen is a tale of family, sisterhood, and female empowerment. It tackles issues such as mental health and being true to yourself, while also being able to poke fun at the traditional fairy tale genre, such as having Anna deciding to marry a man she’s just met (through the medium of song, no less). It’s this modern, fresh outlook that made Frozen so appealing to both adults and children, and its characters and incredible musical score kept audiences coming back for more. Frozen took over $1.27 billion worldwide and won the Academy Awards for Best Animated Movie and Best Original Song, but even more importantly, the movie and its characters, in particular Elsa, Anna and Olaf, became integral parts of pop culture. It would be hard to find a child born this decade who is not, at the very least, aware of Frozen‘s existence.

Next: Best Animated Movies Of The Decade

The Mandalorian: Who Plays The Armorer
Related Topics
advertising 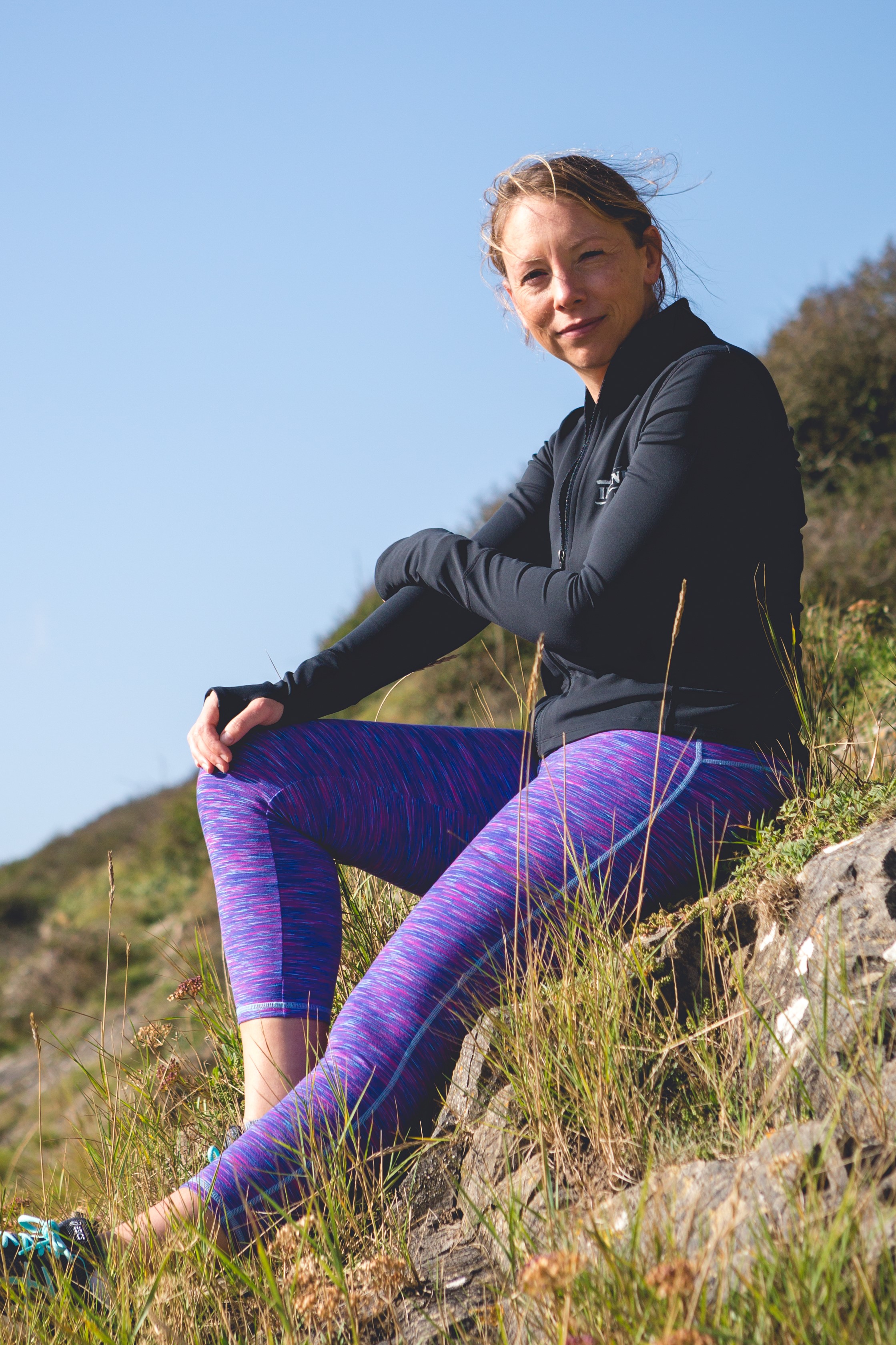 Becky has been writing for Screen Rant since 2014. She has a degree in musical theater and performance and thinks that musical soundtracks should form a fundamental part of everyone’s daily existence.
She spends her time at Screen Rant writing about all of the things she loves, mainly Disney, Harry Potter, family movies and of course, anything that might have a little bit of singing in it. She also has a deep affection for Netflix Marvel shows, movies and TV shows that focus on character, and pretty much anything that represents quality British movies or TV programs. Becky thinks that Paddington 2 might well be the best movie ever made.
Becky also works as a theater critic, and divides her time between watching theater, movies, and TV. Sometimes she does other things, like working as a fitness instructor or taking pictures of her cats, and she attempts to raise three children.

How Meghan Markle Celebrated Her 41st Birthday
15 Of The Best Silk Ties To Add Some Luxury To Your Office And Formal Wear in 2022
Westworld Composer on the David Bowie Needle Drop In Season 4, Episode 7: “It Just Played So Perfectly”
Anne Heche Is in a Coma Following Car Crash
The 8 best castles in Scotland