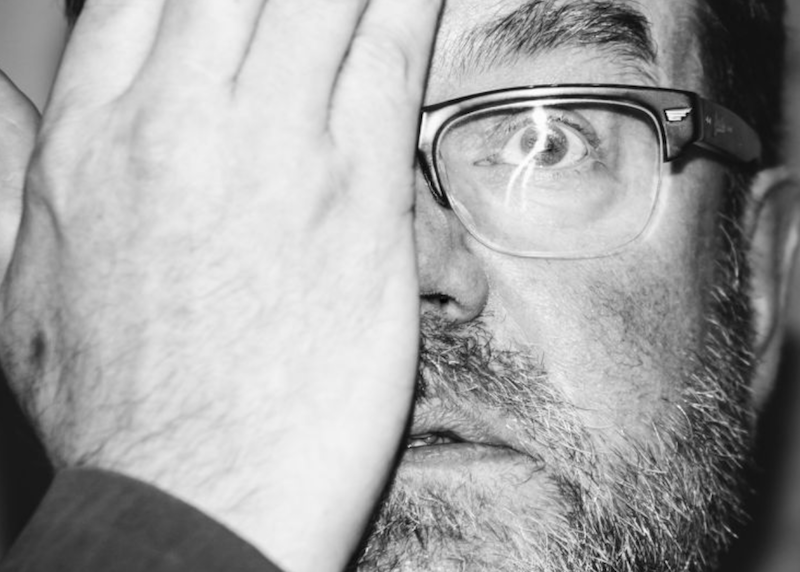 Vaughan Oliver, the graphic designer known for his album artwork for Pixies and many other 4AD artists, has passed away at the age of 62.

As noted by Rolling Stone, the English artist’s death was first confirmed by graphic designer Adrian Shaughnessy, co-editor of Vaughan Oliver: Archive. Shaughnessy shared the news over Twitter, explaining that Oliver had “died peacefully, with his partner Lee by his side.”

Born in Segefield, Durham County, Oliver took an interest early on in both music and visual art. After studying graphic work at Newcastle upon Tyne Polytechnic, he and his childhood friend Nigel Grierson created the design studio 23 Envelope. He went on to design several of 4AD’s best known album covers, including Pixies’ Surfer Rosa and Doolittle, Cocteau Twins’ Treasure, and The Breeders’ Last Splash. He also created covers for Lush, Red House Painters, TV on the Radio, Scott Walker, and The Mountain Goats.

Multiple artists have already shared their condolences. “It goes without saying what a hugely influential artist he was but more importantly I know he was a wonderful father & a great man,” Cocteau Twins’ Simon Raymonde expressed via Facebook. “Very funny with impeccable taste in music, art and cinema as you would expect.”

In a statement from 4AD, the label shared,

“Without Vaughan, 4AD would not be 4AD and it’s no understatement to say that his style also helped to shape graphic design in the late-20th century. The label’s first employee, he designed his first sleeve for the Modern English single ‘Gathering Dust’ in 1980 before going on to create iconic works for the likes of Pixies, Breeders, Cocteau Twins, This Mortal Coil, Throwing Muses, Lush, Pale Saints, TV On The Radio, Scott Walker and countless others.  The Guardian said his designs were “abstract, dreamlike, elegant” and they weren’t wrong, he gave both us as a label and our musicians an identity and a voice.”

Find the 4AD’s full statement over at the label’s website, and see a few of Oliver’s more notable pieces of artwork below.

My friend and design hero Vaughan Oliver died peacefully today, with his partner Lee by his side. Vaughan Oliver 1957–2019). https://t.co/ibXkjAkVD9 pic.twitter.com/ETVT0vN9IL

An Open Letter to Stephen King: Book Censorship News, January 27, 2023
The Swifts
Eva Longoria’s ‘Desperate Housewives’ Aston Martin For Sale
Op-ed: Salesforce appoints ValueAct’s Morfit to its board and a proxy fight may loom ahead
Here are the 2023 Newbery, Caldecott, and Printz Award Winners