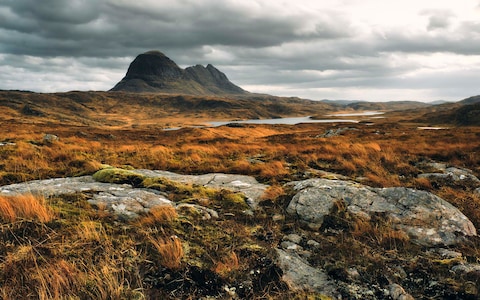 Among my favourite photographs from my childhood is one that my brother entitled “Showdown at Barf Creek”. In the picture we’re standing beside a car at the side of a road somewhere near Ullapool, in the Scottish Highlands. I have a cheerful smile. My brother is pulling a disgusted face. And somewhere in the background my poor little sister is being sponged down by my mother with the cold waters of some highland spring, as she’d just vomited all over herself and the back seat of the car. My father was the eye behind the camera, the person who decided that this was a Kodak moment worth remembering forever.

My mother is Scottish; my father was American. They met and married in Scotland in the late Seventies after he moved to Glasgow on a postdoctoral fellowship. My brother was born in Scotland, and then, following the demands of my father’s career as a physicist, they moved to New York State, where they had me. Raising children in America was not my mother’s particular preference; she was not someone who’d dreamed of emigrating, although she put up with it. To keep us close to her roots, however, most of the summers of my school years were spent in Dumfries and Galloway and thereabouts, staying with our Scottish granny.

Mum would bring us – three children, seven-and-half years between my older brother and younger sister – across the Atlantic on her own, because as was usual in America my father had only about 10 days of paid holiday each year. Once we’d recovered from the red-eye flight (“Your mother’s not feeling well,” my granny would tell us the next day, “so I’ll be looking after you”), we would spend a month or more being Scottish: drinking our five daily cups of tea, picking our way through a field full of cow pats with our cousins, enjoying days out on the beaches of the Solway Firth in jumpers and raincoats, hiking to the tops of hills and consuming cans of Irn Bru and bags of prawn cocktail crisps while we took in the sweeping views. It was a kind of freedom we did not know at home, where we drove everywhere and spent too much time in strip malls. After these weeks of cavorting, towards the end of our trips, my dad would fly over to join us. And then we would hit the road.

When my mother was growing up, her family chose their holiday destinations on the basis of my grandfather closing his eyes and sticking a pin in a map of Scotland. They did not own a car so this meant trains and buses, sometimes a boat if the pin got stuck in a Western Isle. My parents’ approach was a little less haphazard, but it shared the spirit of the thing: they’d decide where we were going – maybe somewhere they’d been in the Seventies, maybe somewhere a friend had told them about – and then we would just load up the rental car and start driving. This was the early Nineties, when of course you couldn’t Google anything or book online. My dad read the road atlas while my mother drove (a reversal of their custom at home, but he couldn’t really drive on the left without scraping the side of the car against a hedge or a bridge). We’d watch the road signs and when we’d reach whichever town or village they had in mind, we’d tumble into the local tourist information office and ask the staff to book accommodation.

What a challenge it must have been! Two rooms, three children, a modest budget. The unflappable Scottish tourist officers would flip through binders and pound their phones until they found us something that would do. More often than not we ended up staying in bed-and-breakfasts run by middle-aged women living alone – widows, divorcees – who’d turned their now-too-big family homes into guest accommodation, stocking the rooms with well-thumbed copies of Reader’s Digest and serving homemade marmalade at breakfast.

Some of these B&Bs were good and some of them were less so, but the latter were what we enjoyed the most because of the stories they gave us to tell when we got home. The time my brother came skipping down the stairs one morning and the banister came off in his hand. The “en suite” room that had an electric shower stuck in the corner with no curtain or door, so that using it caused the bed to be thoroughly drenched. The time that I took a spoonful of muesli and started crying because it tasted so wrong but feared that my parents, noted disapprovers of food waste, would make me finish it. “Excuse me,” my dad said to the lady in charge, after tasting it himself, “this muesli does have a strange taste.”

“Oh!” she replied, picking up the Tupperware she’d served it from. “I usually use this to store my laundry soap flakes.”

Sometimes we stayed in one spot for several days, but often we’d spend just one night somewhere and then move on to the next destination, travelling those windy, car-sick-inducing roads, stopping to see monuments and castles, lochs and Bens. I remember: taking the ski lift up Aviemore to take in the amazing vista of the Cairngorms. I remember: hiking the heather-covered hills outside of Ullapool, unlike any landscape I’d ever seen. I remember: cruising around Loch Lomond, watching sheets of rain pelt down on the boat’s deck. I remember: visiting a museum dedicated to the birthplace of Scotland’s tallest man. I remember: crossing the Isle of Mull by bus to reach the Isle of Iona, where I collected a perfect piece of sea-smoothed green marble from the beach. I remember: a night of traditional music on Skye, performed by a woman who was a talented singer, accompanied by her children who played fiddle and pipes not just with a lack of talent but with a genuine absence of skill.

Back home in America, I had a sense that our holidays were not normal. My school friends went to sleepaway summer camp, or maybe their families had a cabin on a lake in the Adirondack Mountains, or perhaps they went to the same rental cottage on Cape Cod every year. Those who wanted an international experience opted to spend a full day at the Epcot Center on their annual trips to Disney World. Their family holidays always sounded organised, traditional, comforting in their provision of the predictable. Ours were whimsical and chaotic. At the time, at 14 or 15, of course I was embarrassed. Why couldn’t my parents be normal?

At a glance | Our favourite nostalgic UK holiday spots

At this time – at 38, and now a mother myself – I look back on these trips and see their beauty: how they allowed my parents to introduce a sense of adventure into our lives, a touch of something that felt like mild peril. How they granted us a few days a year without the kind of caution and rigour that was essential to survival in the day-to-day raising of three children in an American suburb. Scotland was where my mum and dad met and fell in love and started their life together, and our family visits didn’t just help to give me and my siblings an understanding of half of our heritage, it gave us a rare glimpse of who our parents were before we came along. My father died of cancer, too young, in 2014. A couple of years after that my mother decided to go home – to leave the States and move back to Glasgow, where she’d gone to university, where she and my father had met; where it all began.

And so, this September, my husband and I bundled our nine-month-old son onto a plane at JFK and took him across the Atlantic for the first time to see his granny. He’s too young to remember, of course, his first muddy hike in the rain through a field full of cow pats. His first tour of a whisky distillery. His first visit to a castle. His first gales of laughter with his Scottish cousins. His dad’s first attempt at driving on the left, stymied by an unfriendly Labrador which refused to move out of the middle of a single-lane road. It’s not what I would have expected, all those years ago – that these trips would continue; but now my son will also spend his growing-up summers in Scotland. Learning about the country and his heritage, getting to know his Scottish granny. Following in the footsteps of his mother and her family: the meanderings that brought us so much joy.

Jean Hannah Edelstein’s memoir, This Really Isn’t About You, is published by Picador and is out now in paperback (£7.99).

Fly to Inverness, Glasgow or Edinburgh.

Rent a car that is a little bit too small. Turn off your phone and buy a road atlas of Scotland.