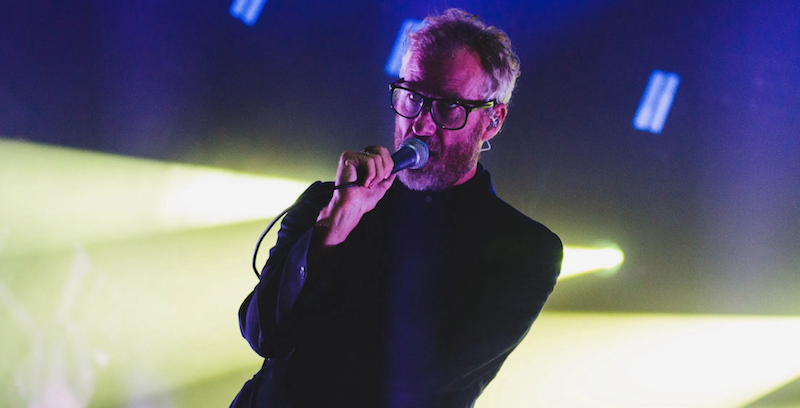 The National have released their latest live album, Juicy Sonic Magic, digitally online. Stream it below via Apple Music or Spotify.

Recording took place in the fall of 2018 over two sold-out nights at Berkeley’s Greek Theatre, marking the conclusion of the band’s touring behind their excellent 2017 studio LP Sleep Well Beast. The 45-track effort was initially released last month as a special triple-cassette boxset for Record Store Day: Black Friday. Now, 4AD has brought the full thing to online streaming platforms.

Erik Flannigan produced and engineered the live album, utilizing The Mike Millard Method. More specifically, Flannigan utilized the same analog equipment used by concert taper “folk hero” Millard to record shows in the ’70s and ’80s. Juicy Sonic Magic comes accompanied by a short documentary from director David DuBois that digs deeper into the Millard Method and what early taping was like.

(Read: Ranking Every Album by The National from Worst to Best)

In an interview with Relix, The National frontman Matt Berninger spoke about Millard’s style, and how “there’s something about Mike’s recordings that just really feel like you’re in the sync of it a little bit more.”

“It feels like the the room is right up to your neck, you’re kind of soaking a little deeper inside the space. It sounds like you’re in something, either in an arena or an amphitheater or a club. Some things just have a sense to them, and it’s probably audio and it’s hard to define what it is. Even the tapes themselves, the cassettes, in his handwriting, has a sense to it, has some sort of more cosmic presence. The detail he took to do all that stuff creates a greater whole than just the one or the two.”

Stream The National’s Juicy Sonic Magic and watch the aforementioned documentary below. Also keep an eye out for the band member’s side projects, like Bryce Dessner’s soundtrack for the biographical drama The Two Popes, and Berninger’s forthcoming solo debut, Serpentine Prison. The band also has multiple upcoming 2020 tour dates, including a big Homecoming show in Cincinnati with Patti Smith, Sylvan Esso, and more. Grab all those tickets here. 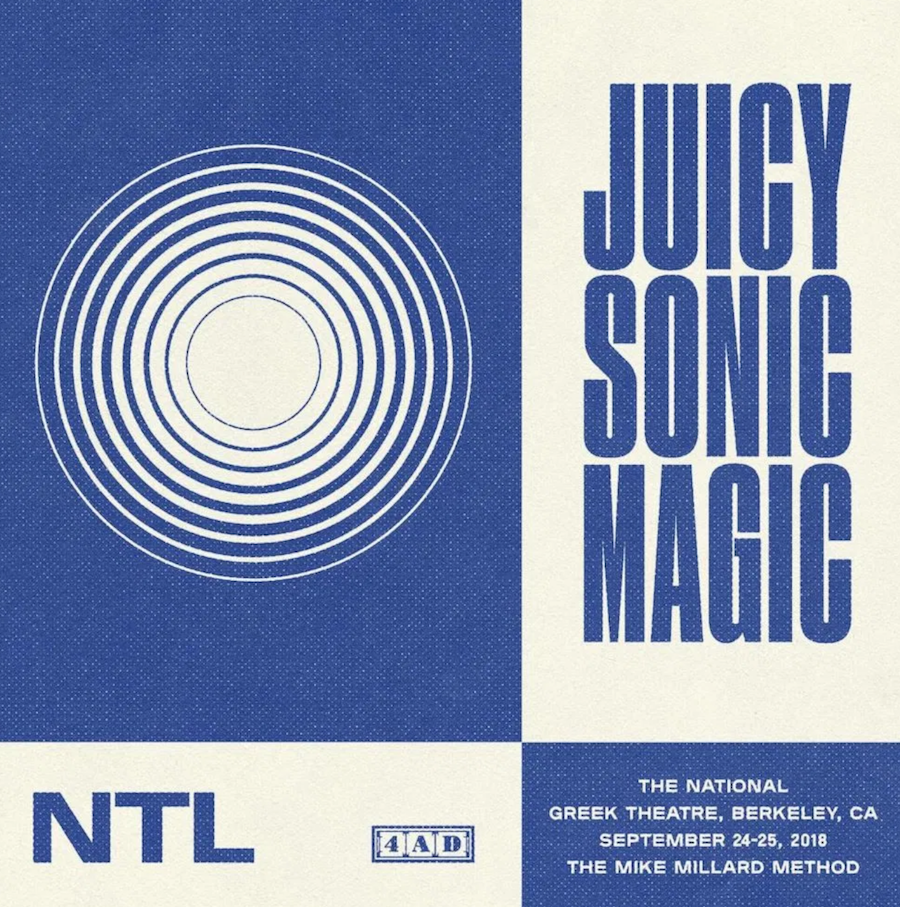