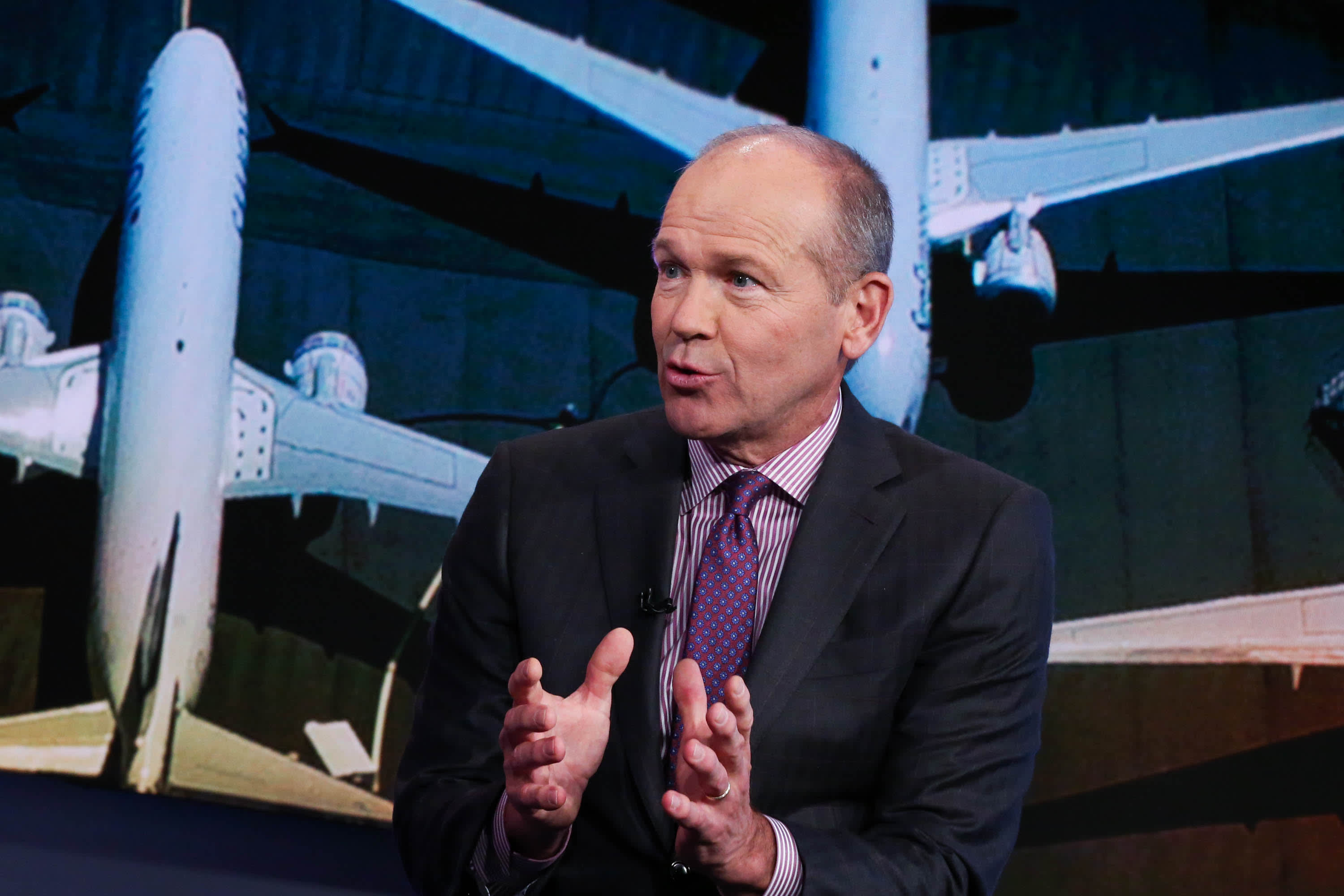 Boeing‘s incoming CEO, David Calhoun, a 10-year board member, is inheriting a company in crisis, as the nation’s top exporter navigates the fallout from two crashes of its bestselling 737 Max planes. Analysts painted a picture of Calhoun as a logical choice to right the ship.

Boeing ousted CEO Dennis Muilenburg, announcing Calhoun as his replacement on Monday, as the grounding of the 737 Max is set to drag well into 2020. The shakeup comes as comments made by top Boeing leaders, including Muilenburg, strained the manufacturer’s crucial relationship with the Federal Aviation Administration, which certifies the company’s planes as safe for the flying public.

Calhoun’s goals include more transparency with its airline customers and regulators, according to a person close to Boeing’s board and Calhoun’s strategy. Boeing and top management have been sharply criticized by regulators, airline customers and some crew members for failing to provide sufficient information about the aircraft and the company’s process to get it back in the sky.

Calhoun, 62, is no stranger to crises nor to aviation. His more than two-decade career at General Electric included a stint at the company’s important aviation unit, a job he took months before the Sept. 11, 2001, attacks roiled the airline business.

He has sat on Boeing’s board for a decade, including as the 737 Max was under development, so he is familiar with the mistakes related to the troubled plane.

“He’s not new blood,” said Bank of America Merrill Lynch senior aerospace and defense analyst Ron Epstein. “He seems like a capable manager, but he was on the board when all the decisions were made.”

Taking the reins of a sprawling company whose businesses span commercial airplanes, defense, services and space as it grapples with the biggest crisis in its more than 100-year history will be an immense challenge for Calhoun.

Wall Street applauded the move, sending shares up 3% as of Monday afternoon, a sign investors expect Calhoun to help the company though these challenges. One top airline executive told CNBC he welcomed the news as a positive step forward.

Calhoun has most recently been an executive at Blackstone Group, overseeing portfolio operations at the private equity giant. Prior to joining Blackstone, he was CEO of Nielsen Holdings, the data analytics and measurement firm, from 2010 to 2014, after leading its marketing research firm, The Nielsen Company. Calhoun is also on the board of Caterpillar and serves as chairman of Gates Industrial.

“Putting in place a world-class leader like Dave at the helm of Boeing is good for the company and important to the country,” Blackstone CEO Steve Schwarzman said in a statement. “His experience driving growth across Blackstone’s diverse portfolio speaks to his unusual capabilities as a CEO, which will serve him well in this complex situation.”

Calhoun, who officially takes over on Jan. 13, will be consumed with ensuring the 737 Max can fly again. The company has sold more than 4,000 of the planes, and its revenue stream into the next decade is highly dependent on it.

Regulators have repeatedly said they have no timeline to approve the planes, which they grounded in mid-March after the second fatal crash in less than five months. Together, the two crashes killed 346 people.

Calhoun became chairman of Boeing’s board in October, when the company stripped Muilenburg of the dual role. But Calhoun will relinquish that title; former Continental Airlines CEO Larry Kellner is taking that spot, effective immediately.

Boeing has been highly criticized for its handling of the crisis as well as for failing to include enough safeguards on the planes before they were sold. That has raised questions about Boeing’s internal culture, whether the company cut corners and whether federal regulators were too cozy with the company.

“I do not believe that instance, that isolated instance, is indicative of a cultural problem, I have not seen that in the many touches that I, that I have had,” Calhoun said in a November interview on CNBC.

Calhoun, unlike Muilenburg, is not an engineer. But a lot of Boeing’s problems this year have stemmed from poor communication, particularly its handling of the crashes and its ever-shifting timeline for when the planes would fly again.

“Even its engineering, 80% is human,” said Richard Aboulafia, an aerospace analyst at Teal Group. Calhoun “is better at handling the outside world.”

Aboulafia added that Calhoun may be what Boeing needs to stem its crisis but perhaps not as a long-term CEO.

“Long term: not the answer,” he said.