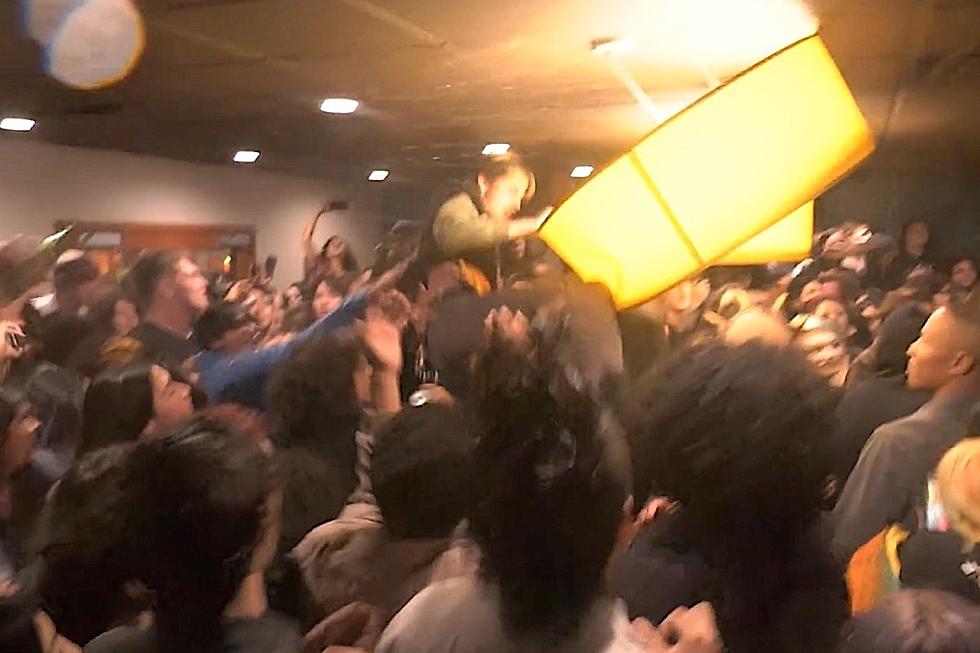 Last week, local punk group WACKO performed a 20-minute set in a Denny’s in Santa Ana, California. The performance was modeled after a previous viral video, and the result looks like either absolute mayhem or the best night of your life, depending on who you ask.

Unfortunately, the restaurant did sustain damage, and Denny’s is asking for $1,000 in repairs. Nearly $2,000 has been donated in a an original GoFundMe, but another one was created (before the $2,000 was hit) as damages were determined to be closer to $1,800. Fortuntely, Bryson Del Valle, the 17-year-old promoter who booked the gig, has some savior angels: Green Day.

The punk rock group donated $2,000 on their own and left the comment, “Hey Bryson call us! We wanna play the Bastards Club. Love, Green Day.”

EDM had its own sort of “punk rock moment” recently when Skrillex was videoed stepping on the CDJs and mixer at a show in Shanghai. Our community, which is supposedly built on the tenets of PLUR, isn’t as used to those sort of moments. But maybe we should embrace the punk rockers in our midst like Getter, Ghastly, and Skrillex? Lord knows we could use a little angst from time to time.

Check out the full set from WACKO below if you’re curious.