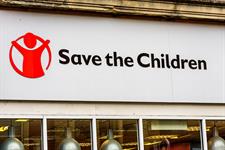 Save the Children UK has made good progress in improving its culture since a review found that more than a quarter of staff had experienced either discrimination or harassment in the workplace, a new evaluation has concluded.

Last year, the ethics expert Dr Suzanne Shale was commissioned by the charity to conduct an independent review amid concerns about how Save had handled allegations of inappropriate behaviour against the charity’s former chief executive, Justin Forsyth, and its former director of policy and advocacy, Brendan Cox.

The charity remains the subject of an ongoing Charity Commission inquiry looking into its handling of these claims.

Shale’s recommendations included that the charity should work collaboratively with staff on a comprehensive plan to reform the organisation, reduce workplace “incivility” and increase support for staff, increase diversity in the charity’s workforce and board, and review whistleblowing arrangements.

A review of the progress made by the charity over the past year, conducted by Shale and Professor Murray Anderson-Wallace, who also worked on the 2018 review, says the pair were impressed that the charity had sought to fulfil the spirit “and not just the letter of the Shale review recommendations”.

The review argues that trust at the charity will be rebuilt on a foundation of accountability, openness and collaboration, which all appear to have been embedded into the charity’s programme to tackle the issues, which is called Stronger.

But it warns that, as the Stronger programme becomes a long-term strategy, “the acid test will be whether the charity sustains into the future the commitments it has made in the past year to supporting its people and enhancing its workplace cultures”.

The review says the charity has appointed three new trustees from diverse backgrounds and has sought to build organisational capacity by recruiting a transformation director, a diversity and inclusion specialist and a wellbeing manager.

It says the charity appointed six staff to work on the Stronger initiative on a full-time basis and set up a representative advisory group, comprising 10 carefully selected employees who were allowed the equivalent of one day a week to work on it.

The initiative is due to become an ongoing strategy at the end of 2019.

The latest review says that, in its response to the 2018 report, the charity appears to have learned lessons from the past, in particular from the way it handled a 2015 report, put together by the law firm Lewis Silkin, focusing on complaints about Forsyth’s behaviour and the charity’s workplace culture.

It says the charity has this time worked alongside staff, trusting them to identify issues and generate solutions, and being honest about the organisation’s imperfections and limitations.

The report says some gaps remain in completing the first stages of the charity’s response to Shale’s recommendations, including developing ways of measuring “incivility” and completing a comprehensive diversity and inclusion strategy that embeds essential corporate structures and processes into the charity’s overall approach.

Steven McIntosh, executive lead for organisational change at Save the Children, said: “We are determined to deliver a workplace culture that reflects Save the Children’s values and enables our staff to have the greatest impact for children. We’ve made good progress in strengthening our foundations and are putting in place a long-term strategy to ensure this is sustained.

“Critically, we will ensure this work is co-created with, and accountable to, our staff, and that we’re being transparent about where we are making progress and where further action is needed”.