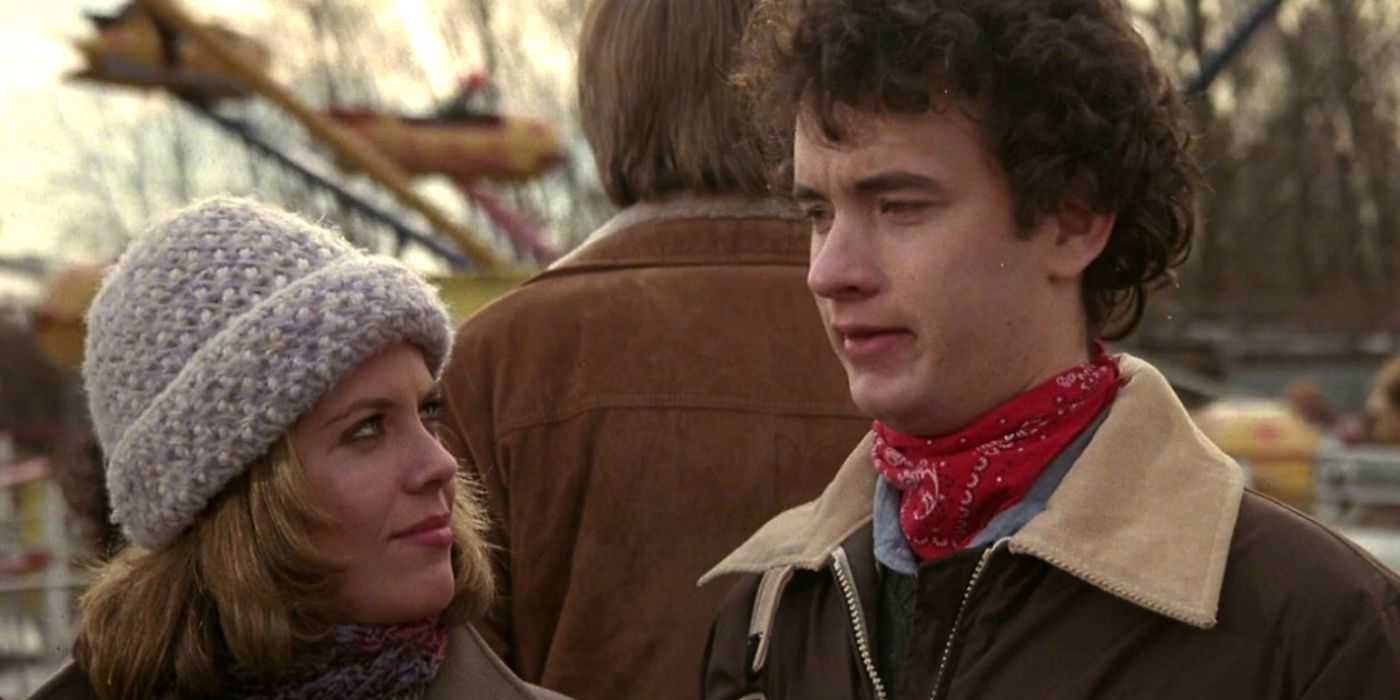 While many know Academy Award-winning actor Tom Hanks for his work on movies like Big, Forrest Gump, and the Toy Story franchise, he first got his start in the 1980 slasher flick He Knows You’re Alone.

Hanks has since played a number of iconic roles. From starring as the eponymous lead in thriller-drama Captain Phillips to playing the heartbroken Sam Baldwin in rom-com Sleepless in Seattle, Hanks has established himself as a household name across genres. He received his first Oscar nomination in 1988 for his role as Josh Baskin in Big and would go on to win two Academy Awards for Best Actor in a row, one for Philadelphia and the other for Forrest Gump, eight Emmys, and four Golden Globes, among other accomplishments.

Hanks’ first brush with success was in the 1984 Ron Howard classic Splash. Hanks played the romantic lead in this lightheaded mermaid romp that went on to make an unexpected $69 million at the box office. From the start of his career, Hanks has shown an impressive range within his acting, from movies and television to music videos and comedy skits. Hanks plays a serious FBI agent in Catch Me If You Can as easily as he pivots into the silly David S. Pumpkins for an SNL scene.

Tom Hanks: A Star From The Very Start

With Hanks’ impressive resume, it can be easy to forget where he got his start. He did, as many actors and directors do, in the horror scene. Hanks’ debut feature film role was that of psychology major Elliot in 1980s slasher film He Knows You’re Alone. The movie, which hit theatres in late 1980, was about a bride-to-be who finds herself being stalked by a murderer on the weekend of her wedding. It was directed by Armand Mastroianni, director of the 2000 TV movie The Linda McCartney Story. With a budget of $250,000, it made a little under $750,000 its opening weekend. While the film was critically panned, fans of 80s slashers might enjoy its quality acting and likeable characters, elements that sometimes don’t feature in other examples of the genre. The movie took inspiration from the wild success of John Carpenter’s 1978 hit Halloween, and wasn’t the only horror piece to turn to Carpenter’s slasher classic for inspiration.

Hanks is in the movie for only two scenes. His character is a romantic interest for Nancy (Elizabeth Kemp), a close friend of protagonist Amy Jensen (Caitlin O’Heaney). His appearance is brief: he jogs in one scene and goes to a carnival with Nancy and Amy the next. However, even this early in his career, his star power was impossible to ignore. He steals the scenes, balancing charm with relatable nervousness, amusing over-confidence with genuine profundity. Hanks’ natural charisma is so powerful that the film’s creators ultimately decided not to kill his character the way which was initially scripted.

Tom Hanks has had an incredibly successful career that continues numerous with recent movies and upcoming projects in the future, and adds his name to a long list of other A-listers who built a career from more humble beginnings. Why so many people get their start in horror, and so many more people like to watch it is best put by Hanks’ He Knows You’re Alone character, Elliot: “Most people do actually. I mean, like to be scared.  It’s something primal, it’s something basic.”

Next: Before Lord of the Rings, Peter Jackson Made Horror Movies

IT: Pennywise Transforms Into Jaws (In Stephen King’s Book)
Related Topics
advertising
About The Author

Shannon Lewis is a features and news writer on Screen Rant. She has experience in editorial working as the deputy editor for Specialty Food, an online and print magazine, curating its news section and social media. She has worked as a freelance writer since 2017, writing articles, features, and profiles in a wide range of topics, from business and tech to pop culture and media. Previously, she has also worked as a ghost writer for a fiction manuscript, and co-founded arts-and-literature magazine, Octarine.
Hailing from Queretaro, Mexico, she is a graduate of the University of East Anglia’s English Literature with Creative Writing program. An avid reader and fan of writing, she leverages her love of literature to dissect movies in her favorite genres, including horror, rom-coms, and superhero movies. Her focus is on the cross-section between story, cultural background, and character development. When she isn’t busy reading everything ever published under the mantle of Image Comics, you might find her writing fiction, rock climbing, or putting together a horror anthology with friends.