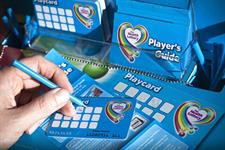 The Gambling Commission has launched a consultation on long-awaited measures to increase the limits on society lotteries.

The Department for Digital, Culture, Media & Sport said in the summer that it planned to increase the maximum annual sales limit for society lotteries from £10m to £50m.

It also said it would increase the maximum draw prize for society lotteries from £400,000 to £500,000 and the individual per-draw sales limit would go up from £4m to £5m.

The government had originally indicated that it would raise the annual sales limit to £100m, as had been requested for years by many society lottery operators and the Institute of Fundraising. But in the summer it said that it would increase it to £50m and consider consulting on raising it to £100m at a later date.

The limits have not been increased for about a decade.

The Gambling Commission yesterday invited views on increasing the limits “as soon as possible”, with transitional provisions to enable society lotteries to operate under a revised regime on a pro-rata basis during the first year.

The date of implementation will depend on when an order can be put through parliament to amend the legislation that sets the licence conditions and codes of practice governing society lotteries.

The updated licence conditions will include a new social responsibility code, the consultation proposes, which will say that licensees must ensure that sufficient information is made available to consumers to enable them to make informed choices before participating in lotteries.

“This must include but is not restricted to details of how and where proceeds are used and the likelihood of winning a prize or how prizes are allocated,” the proposed wording says.

The consultation closes on 12 March and can be found here.