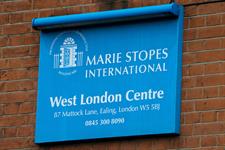 The Charity Commission has criticised the board of Marie Stopes International for failing to properly record discussions that led to the charity awarding its chief executive a £434,500 pay package.

In a statement today, the regulator said documentation around the decision to give chief executive Simon Cooke a bonus that doubled his salary was “inadequate”.

Third Sector revealed in August that Cooke received a basic salary of £217,250 and a performance-related bonus of the same amount in 2018.

Cooke’s salary generated significant coverage in the national media over the summer.

That led to the Charity Commission asking the charity to explain its decision to pay Cooke £434,500, and also how the trustees took into account any possible impact on the charity’s reputation from awarding such a large pay package.

In a statement today, the commission said that an apparently robust conversation about the pay package was “not properly noted or minuted”.

The regulator said the charity was consequently unable to provide evidence that a proper discussion about the appropriate level of pay for Cooke took place either at either board level or at the charity’s remuneration committee.

The commission has therefore issued the charity with formal advice to review the factors it takes into account when deciding the chief executive’s remuneration, and to ensure decisions are adequately recorded.

Helen Stephenson, chief executive of the Charity Commission, said: “We understand why the public care about how charities pay their staff and why this undermines the reputation of charities as a whole.

“It’s because issues like chief executive pay help the public see how a charity is stewarding its resources, and whether it is behaving in an authentically charitable way, distinct from the attitudes that might prevail in a commercial organisation.

“We are not a regulator or controller of executive pay. But we expect decisions of this nature to be made carefully, mindfully, and in a way that ultimately serves the charity’s beneficiaries into the future and demonstrates their special status as a charity.”

A spokeswoman for Marie Stopes International’s board said: “The trustees take their responsibilities for the evaluation of chief executive remuneration seriously, and strive at all times to ensure that the pay of the chief executive is properly benchmarked and is set against tough and measurable targets designed to achieve the highest possible impact and return on investment for our donors and stakeholders.

“Trustees accept that the formal written documentation of their deliberations could be improved, and have committed to the Charity Commission to do so.”