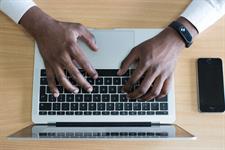 The article, written by Craig Dearden-Phillips, executive chair of The Social Group, argued the sector should “embrace those with a less ‘woke’ view of the world” and called on the sector to do more to connect with white working-class voters in the north.

But the network #CharitySoWhite was among many other sector groups and bodies to criticise the views expressed in the article.

“There are several problematic assumptions made in this piece that we disagree with,” the group wrote in a Twitter thread, adding that the comment piece made “sweeping generalisations” about working-class voters and was part of a narrative seeking to “shut down marginalised voices”.

It said: “We are extremely concerned to see this kind of divisive race and class narrative being pushed within the charity sector as an appropriate response to the election.

“We must recognise the complex and intersectional aspects of ethnic and working class communities.”

The Centre for Mental Health agreed with the points made by the network, tweeting:

“We want to be part of a charity sector which prioritises diversity, inclusion and evidence. And one which is wholeheartedly committed to amplifying the voice of lived experience meaningfully across its work.”

In a tweet, Omar Khan, director of the race equality think tank the Runnymede Trust, said that “beyond the scare quotes & clichés” the piece was a good reveal as to “how people will crassly deploy ‘white working class’ to justify racial inequalities and increase division the next five years”.

He said: “Instead of focusing on the, say, 90 per cent of white middle class people in leadership in the sector, the culture or pay, let’s blame the less than 5 per cent, or less, who are ethnic minorities as the reason the charitable sector is so shit at dealing with class.”

The charity chief executives body Acevo added its voice to support #CharitySoWhite while Karl Wilding, chief executive of the National Council for Voluntary Organisations, who was quoted in the original article, wrote on Twitter: “Some – not all – of the analysis in here is plain wrong.”

He said: “Equity, diversity and inclusion aren’t just liberal preoccupations. A more inclusive society matters to all of us.”

A failure to discuss power and privilege in the sector had brought it to this stage, said Wilding.

“As London-based organisations, we have not engaged enough with people outside the big cities. But in listening to them more, that doesn’t mean ‘instead of’ people of colour. Nor should we dismiss legitimate concerns about racism, whether by individuals or society’s structures.”

“We need to have uncomfortable conversations as a sector about a number of issues, including (but not only) race, place, class, disability, gender. We need to find better ways of having them, and better frames, than those presented in this article.”

Ishita Ranjan, project manager at the social investment organisation Good Finance and member of the Diversity Forum, said in an email to Third Sector that Dearden-Phillips made an important point about the sector’s need to reconnect with working-class Britain, but “he entirely misses the point” of why we must continue to drive for diversity.

“It is problematic to paint the working class as white and those who care about diversity as liberal,” she said. “We must listen to the voices of the white working class, but we must also recognise that it is entirely possible to be non-white and working class, to be a leaver and be ‘woke’, or to be a remainer and not be ‘woke’.”

Chiara Capraro, women’s human rights programme manager at Amnesty International UK, has written and circulated an open letter on Twitter in response to the article, and called on people to sign it.

The letter expresses disappointment with “unacceptable and damaging” arguments in the opinion piece, adding: “The conflation of working class with whiteness is a trope used to divide the communities we work for and come from.

“Poverty and marginalisation affect individuals and communities in context-specific and historical ways. As a sector we should seek to recognise this and make it our starting point rather than breed division.”

The letter concludes: “We are not going to make any progress unless we are explicit in naming that we have to root out racism from the sector. We strongly urge sector leaders to engage with #CharitySoWhite in the new year.”

Dearden-Phillips said in response to the criticism: “If what I said caused genuine pain to anyone who has suffered any kind of discrimination, this was entirely unintended, and I am sorry.

“My article was a plea for our sector to become more, not less, inclusive than it is now. Polarisation is happening. And the civil society sector needs to model a way of being that is accommodating to perspectives other than our own. This doesn’t mean that we tolerate any kind of discrimination.”

The Sun Walks Down
Travel companies are ‘greenwashing’ — here are 3 ways to find ones that aren’t
Almost half of Americans think we’re already in a recession. Here’s how to prepare if they’re right
Inquiry launched into charity after cryptocurrency exchange backer goes bankrupt
The Fair Tax Act, explained: What to know about the Republican plan for a national sales tax, decentralized IRS