Founded in Paris, France in 1847 when Louis-François Cartier took over the workshop of his master, Adolphe Picard, the classically French brand chose London for its first international outpost in 1902, the same year that King Edward VII of Great Britain ordered 27 tiaras for his coronation, referring to Cartier as “the jeweller of kings and the king of jewellers”.

A mere two years later, the ratification of the Entente Cordiale between Britain and France and the issuing for a royal warrant to Cartier in 1904, would further cement the brand’s relationship with the English aristocracy; weaving itself so firmly into the socialite scene of contemporary London that it would come to be recognised as “Honorary Brit” along the way. Classic Cartier with a British twist, the Maison’s new Bond Street flagship communicates the brand’s tremendous legacy and provenance. A rich history further reinforced with marquee events in the British ‘Season’ – like the Cartier Queen’s Cup Tournament  – and of course, its veritable objets d’art. 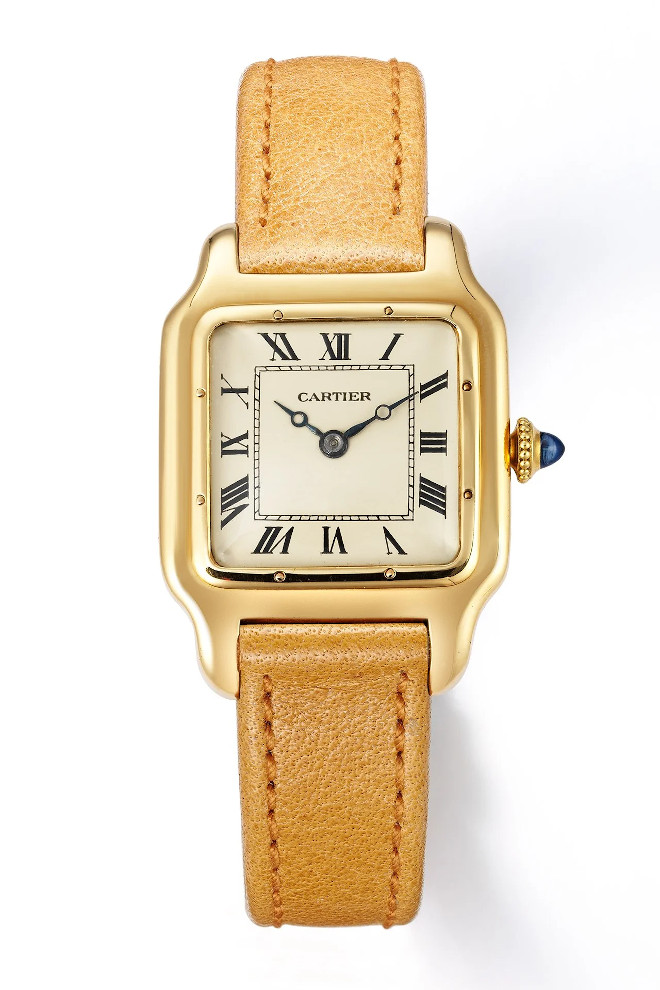 Reflecting the cosmopolitan character of the British capital, Cartier London celebrates the contrasts and commonalities of two rarefied worlds. Infused with idiosyncratic British irreverence, the brand continues to push established boundaries, respecting and bending the rules (like it did with the aforementioned timepiece) and further exemplified by Cartier London-made Tutti Frutti bandeau (purchased in 1928 by trendsetting socialite Countess Edwina Mountbatten), the kind of daring experimentation in a realm so burdened by tradition with such a creation,  underpins the ethos at Cartier London.

Today, with Cartier’s New Bond Street flagship, the legacy of Cartier London’s innovative spirit continues with the return of a brand new  re-edition of the “Crash” in 18-carat gold. The unconventional shape of the limited edition Cartier Crash, available exclusively to the New Bond Street flagship, was thought to have been inspired, according to legend, by a Cartier watch mangled in a car accident and brought in to the Cartier London workshop for repair characterises the enduring, if sometimes incidental, British influence on Cartier style. 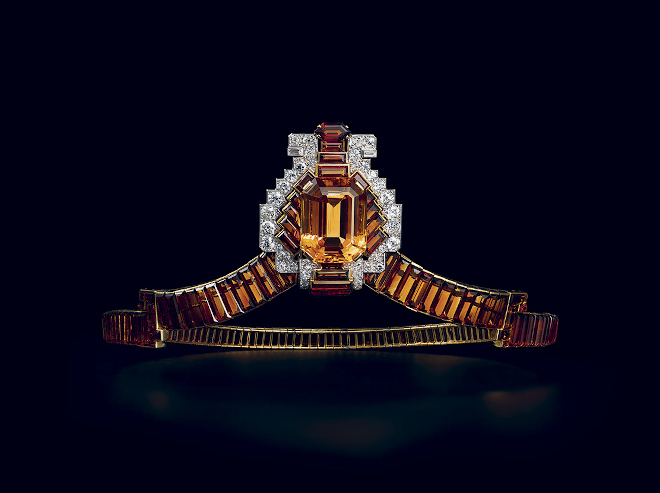 Cartier London deftly treads the line between an awareness of British etiquette and restraint and the more expressive, daring aspects of high society: aristocratic figures who move in the right circles yet dare to rebel and live differently.

Cartier London’s intricate socialite network spreads from original links forged by Jacques Cartier with the British royals and Indian Maharajas, as well as personalities such as heiress Sybil Sassoon, to the scandalous Bright Young Things of the inter-war years, such as Gwen Mond and Diana Cooper.

From the prestigious Cartier Queen’s Cup Tournament: a celebration of Cartier’s long-running relationship with the Royal Family via an elite polo competition held annually in Windsor in the presence of HRH The Queen to the Cartier ‘Style et Luxe’ Concours d’Elégance competition during the Goodwood Festival of Speed. All roads eventually meet at Cartier London’s Bond Street flagship.

Opened in October 2019 following a nine-month renovation, the Old Bond Street boutique sits but a few minutes from the New Bond Street flagship, under one united Cartier Bond Street umbrella. Ushering a pioneering concept: a tandem pair of boutiques in the heart of the city’s historical Mayfair district offering the contemporary and historical experiences.

“Mix of refinement and French craftsmanship adapted to London and incorporating winks to British culture.” 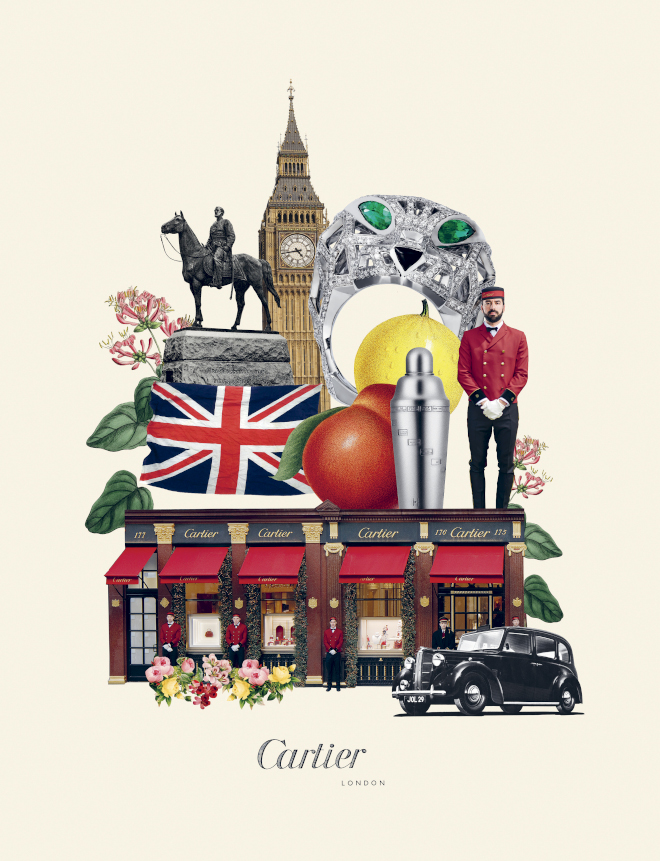 Cartier’s Past and Present in the Heart of Historic Mayfair

With its slender brownstone façade inspired by the neighbouring Victorian buildings and gilt-esque window frames enhanced by black glass edged with bronze, the Old Bond Street boutique was conceived as a high- end concept store, transcribing Cartier codes through a modern lens. 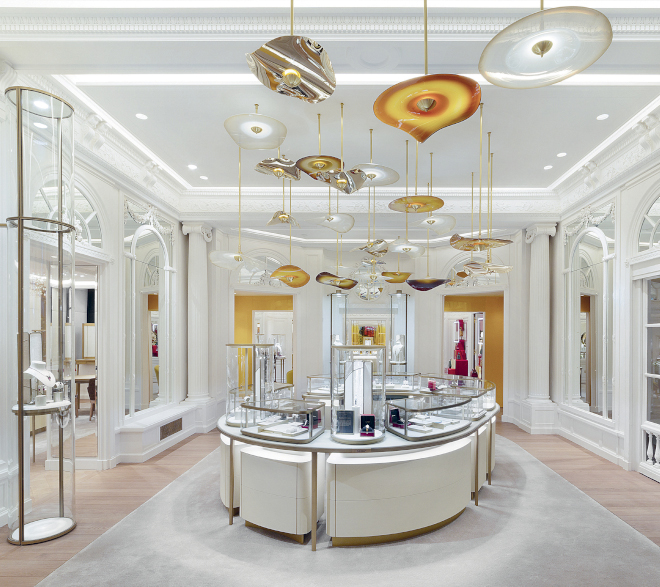 A long-time collaborator of the Maison, celebrated interior architect Bruno Moinard worked with a battalion of craftsmen for nine months,  creating a sophisticated, modern yet timeless interior design from noble organic materials, basing his aesthetic vision on shared cultural inspirations – a heady concoction of  “mix of refinement and French craftsmanship adapted to London and incorporating winks to British culture.”

“With this powerful combination of a historical building revisited in a contemporary way, the archives, workshop and private apartment for events, nothing quite like it [Cartier London flagship] exists on Bond Street or beyond.” – Laurent Feniou, Managing Director of Cartier UK In contrast to the classical Victorian townhouse facade, Cartier’s new Bond Street flagship exhibits a bright contemporary interior, welcoming guests to the British temple to luxury with the First Impression room devoted to the Maison’s main jewellery collections. Its bejewelled main attraction aside, the eyes of all who pay a visit are drawn to Envolee – a custom-designed brass and glass aerial light installation by Mydriaz Paris. To the left is the men’s area, while the open and inviting ground-floor space also leads through to sections dedicated to women’s accessories and watches, ending in the diamond area.

The Prestige Area, accessible via exquisitely restored staircase or lift, is a serene private customer area for temporary reprieve beneath the whimsical froth of undulating
bubble-shaped glass lights overhead. 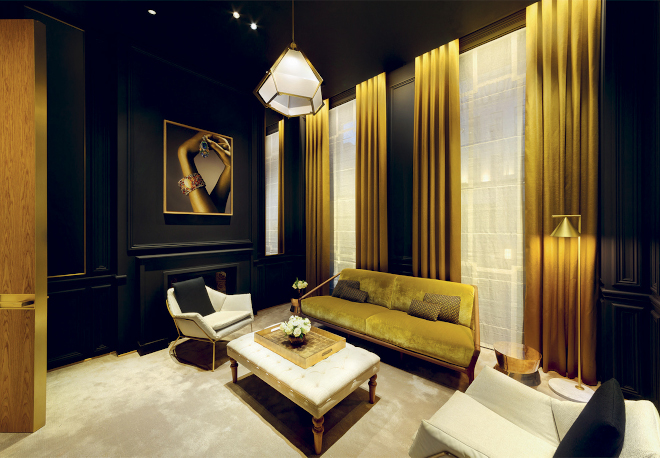 The Cartier London flagship blends original, traditional aesthetics with contemporary spirit, incorporating a fireplace in the Charles de Gaulle Salon – so named because, according to legend, Jacques Cartier made his office available to the French statesman to draft his rallying 1940 speech broadcast by the BBC and the elegant windows with their original panelling, garland-style mouldings (a Cartier signature). The interiors are all bespoke.

Imagine landing in London for a special event– a night at the opera, perhaps, or the Baftas – and heading straight to Cartier London’s by-appointment private apartment, The Résidence at Cartier’s Bond Street London flagship is the perfect place to prepare and select jewels for the night ahead in whole new level of literal and metaphorical luxury – an intimate yet expansive haven (about 1,600 square feet) located on the building’s second floor featuring a dining room area, a small bar staffed by expert mixologists, a boudoir-themed fitting room, a fully equipped marble bathroom and a working kitchen with a marble counter at which to dine. Word has it that there are already more than 100 events are scheduled for 2019.