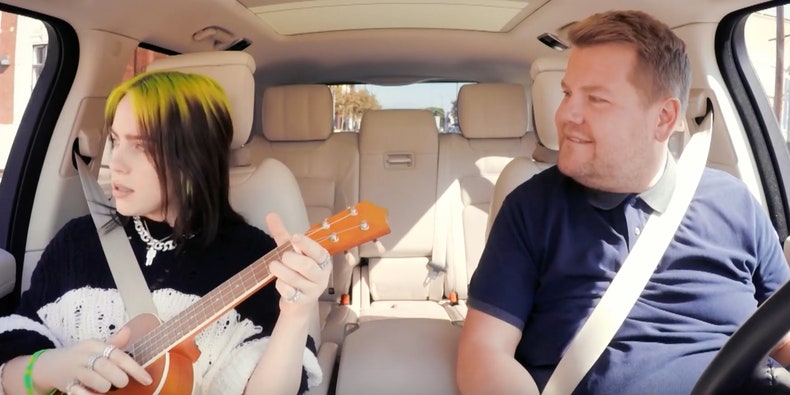 The latest installment of James Corden’s wildly popular Late Late Show segment “Carpool Karaoke” is here, and it features Billie Eilish. The two sang her hits “bad guy,” “Ocean Eyes,” and more. She grabs a ukulele and sings “I Will” by the Beatles. They visited her parents’ house and she made Corden begrudgingly hold her pet spider. She also told the story of meeting Justin Bieber at Coachella and then did Ludacris’ verse from “Baby.” Watch it happen below.

The episode also featured appearances from Mariah Carey, who performed “All I Want for Christmas Is You,” and Taylor Swift, who appeared in a Cats-themed sketch with Corden.

Eilish and her album When We All Fall Asleep, Where Do We Go? are up for Grammy Awards, including Best New Artist and Album of the Year. Kanye recently did an installment of “Carpool Karaoke” in an airplane.

Read “How Billie Eilish Became an ASMR Icon” on the Pitch.