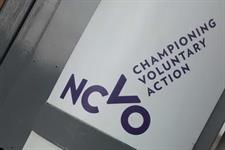 The National Council for Voluntary Organisations has criticised new guidance from the Charity Commission about reporting serious incidents because it “does nothing to provide further clarification” and could lead to the regulator continuing to be “inundated” by such reports.

The regulator said the guidance was clear and it was meeting its target to respond to serious incident reports within 10 working days.

The commission this week published supplementary guidance about reporting serious incidents involving a charity’s partners in the UK or internationally, which affected matters such as the charity’s finances or its reputation.

Partners would include organisations such as sub-contractors, subsidiary trading companies or an organisation that receives funding from the charity, the guidance says.

The document aims to set out guiding principles about what to report based on how the incident might affect the charity.

Responding to the publication of the guidance, Elizabeth Chamberlain, acting director of public policy at the NCVO, said the question of when to report a serious incident in a challenging one for charities so it was important to have as much clarity as possible.

“Unfortunately, this additional guidance from the commission does nothing to provide further clarification,” she said.

“In particular, it won’t help charity trustees decide what incident is to be considered of the level of seriousness to require reporting.

“The message seems to be that charities will have to report everything unless it has nothing to do with the charity.

“The result is that the commission will continue to be inundated by serious incident reports – and we continue to have concerns about its capacity to effectively deal with this increase.”

A spokeswoman for the commission said: “The document we have published is clear that we only want to hear about incidents that materially affect a charity, and that not all incidents need to be reported.

“The supplementary advice is designed to meet the needs of the varied sector we regulate, by helping trustees of individual charities make informed decisions about what they should report based on their knowledge and experience of their own charities.

“Since the introduction of our digital serious incident reporting tool in June all reports we receive are now being assessed and responded to well within our target of 10 working days. “We continue to be concerned that there is under-reporting by charities and we hope this publication will help to address that.”