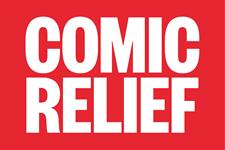 The board of Comic Relief has banned investments in fossil fuels as part of a new ethical investment policy, the charity’s 2018/19 accounts show.

The latest accounts, to the end of July 2019, show the board decided in September this year to adopt the new policy, which is worded: “Trustees of Comic Relief will not sanction an investment in companies whose primary business is the extraction or manufacture of fossil fuels without reason that is aligned with the organisation’s charitable purpose.”

Speaking to Third Sector, Mark Wildig, director of finance at Comic Relief, said the charity had not invested in any fossil fuel companies since 2017, but felt it was time to formalise that position.

“The trustees felt the time was right to make a positive statement about not actually making any investment in fossil fuel companies,” he said.

Wildig said that the charity “had no plans” to retain so-called “activist” investments in fossil fuel companies – which are designed to help influence the companies’ policies by giving the charity a vote at shareholder meetings – but did not rule out a future shift towards this policy.

Comic Relief was criticised in 2013 for investing in companies selling products including alcohol, tobacco and arms. The new policy represents the shift in the charity’s investment policy since then.

Unaudited figures from the latest accounts, exclusively shared with Third Sector, show that the charity’s income was down in the year compared with the previous Red Nose Day year in 2017.

Income in 2017/18 was significantly lower than the previous and following years because no Red Nose Day was held in those years. Sports Relief took place instead.

Trading income was approximately £2m lower in 2019 than in 2017 because of the difference in the amount raised in each year’s respective Red Nose Days.

Comic Relief had previously said that a number of factors contributed to Red Nose Day 2019 raising less than it did two years before, including the state of the UK’s economy and competition for viewing figures with other television programmes screened at the same time.

The charity was engaged in a high-profile dispute with the Labour MP David Lammy earlier this yea  about the use of “tired and unhelpful stereotypes” about Africa in some of the charity’s portrayal of the continent.

The number of people earning more than £60,000 a year at the charity has fallen from 31 to 27 after a restructure that was completed last year, the accounts show.

“We have changed the make-up of the organisation to be a better fit for what the future brings,” Wilding told Third Sector.

“We have tried to restrict the number of people who are high earners.”

A spokeswoman for the charity said that in order to keep staffing costs low Comic Relief accepts pro-bono work and gifts in kind from commercial partners wherever appropriate “in order to operate as efficiently and cost-effectively as possible”.

An interactive version of the accounts will be published on Comic Relief’s website later today.