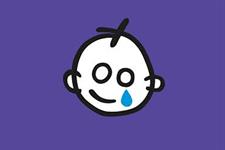 But spending increased only from £68.9m to £71.3m, meaning the charity still finished the year with a significant surplus.

This meant that despite a £1m increase in trading income, total fundraising income at the charity fell from £99.4m to £84.2m.

The accounts also say: “Second, the £12.9m reduction in donations from 2017/18 was primarily driven by delays in the construction of the Zayed Centre for Research and £10m in related donor instalment payments (linked to construction milestones). These monies will be received in 2019/20.”

The Zayed Centre for Research will be a research facility for rare diseases affecting children and is due to open next year.

A spokeswoman for Gosh Children’s Charity said: “As part of our normal fundraising cycle we expect to see variations in our overall income. Our 2017/18 reported results were favourably affected by a ‘one-off’ change in the basis for reporting our legacy income, which contributed an additional £8m to our results.

“Our 2018/19 results were adversely affected by the timing of a significant donation, which has now been recognised in 2019/20.”

The charity supported more than 80 research projects in 2018/19 with funding of £6.9m, the accounts say.

An average of 619 children from across the country come into Gosh every day, the accounts add.