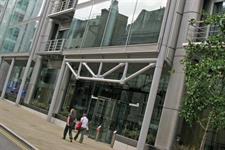 The grant-maker’s accounts for the year to 30 September 2019 show the charity’s highest earner – a member of its internal investment team – took home almost £3.3m, with a second employee earning between £3.25m and £3.259m.

Both figures outstrip last year’s highest remuneration package at the charity, which was £3.17m.

The Wellcome Trust did not confirm which of the three received the highest salary.

The charity’s highest earners are the highest-paid people in the voluntary sector by a considerable margin, according to research by Third Sector.

The charity’s investment base, which was worth £26.8bn at the end of the year, grew by almost £2bn over the course of the year, compared with a rise of £2.6bn the year before.

The investment team are remunerated in line with normal practice in the asset-management sector, the charity’s statement said, including performance-based payments on top of basic salaries in the form of annual bonuses or long-term incentive plans.

The charity said projects that had been funded because of the success of its investment strategy included the first successful patient trial of an Ebola vaccine, the Wellcome Trust Sanger Institute, one of the world’s leading centres for reading and understanding the human genome, and the Francis Crick Institute, the largest biomedical research centre in Europe.

Jeremy Farrar, director of the Wellcome Trust, said: “Wellcome’s decision to manage much of our endowment ourselves has achieved exceptional returns over many years while saving hundreds of millions of pounds in investment management fees.

“By paying our outstanding investment team in a way that is competitive for the sector and linked to portfolio performance, Wellcome gets better returns and has more to spend on our charitable mission of improving health.”