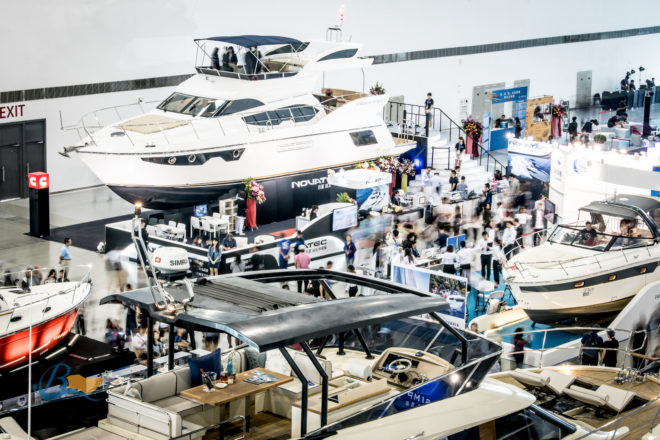 Organisers of the Taiwan International Boat Show (TIBS) believe the 2020 event from March 12-15 could be “the largest indoor boat show in Asia”, after the previous edition in 2018 attracted over 25,000 visitors. The fourth staging of the biennial event will again be held at the Kaohsiung Exhibition Center, adjacent to the Horizon City Marina.

Over 25,000 visitors attended the previous Taiwan International Boat Show in 2018

The show has grown steadily since its first edition in 2014, when it featured 60 yachts and boats, 168 exhibitors and 1,924 ‘international buyers’. Two years later, exhibitors (166) and international buyers (1,950) remained similar, while a new ‘Maritime Service’ exhibition area was added and Horizon City Marina was opened to the public for the first time.

In the third Taiwan International Boat Show in 2018, in-water berths were increased and the show featured 65 boats, 170 exhibitors from 32 countries, and 1,000 booths. Sea trials and water sports demonstrations were added, while organisers announced the sale of 15 yachts.

Monte Fino Yachts, Novatec and Dyna are among brands to commit early to the upcoming show, which will feature four exhibition areas, while zones will be added for ‘Outdoor Leisure Products’ and ‘Yacht Clubs and Rental Services’ . The organisers are also promoting an increase in smaller yachts and fishing boats from 16-36ft in a bid to promote the wider marine lifestyle. 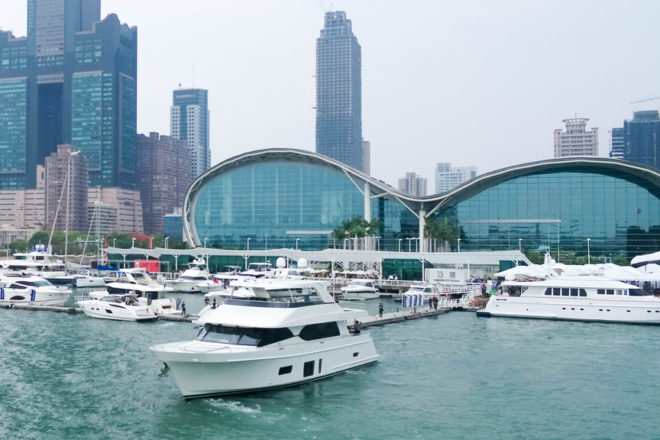 The Taiwan International Boat Show is hosted by the Bureau of Foreign Trade and the Kaohsiung Municipal Government, and implemented by TAITRA. TAITRA is making a big push in 2020 to raise the international profile of both the show and the Taiwanese yacht building industry, which is largely focused on Kaohsiung, home to world-renowned builders including Ocean Alexander, Horizon and Johnson.

Since 2013, Taiwan has been in the top six of the Global Order Book’s list of top superyacht-building countries and regions, based on yachts from 24m (80ft) upwards.

In 2018, Taiwan was the the fourth-ranked ‘builder nation’, while last year it was fifth (behind Italy, Netherlands, Turkey and UK) based on 67 projects with a total length of 1,957m and an average length of 29m. 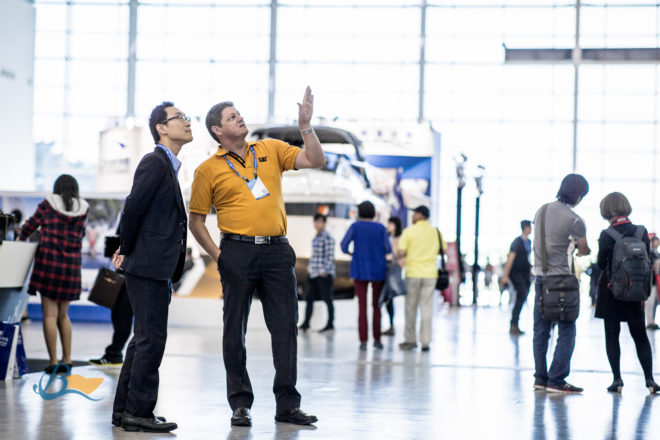 Taiwan’s yacht industry is among the world leaders in R&D and manufacturing technology and reputed to be the only country/region in the world with a government-funded yacht R&D centre.

The export value of its yachts was expected to increase by about 20 per cent in 2019 to US$194 million (90 yachts), up from US$161 million (86 yachts), according to the Taiwan Yacht Industry Association (TYIA).