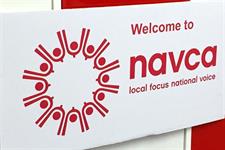 The local infrastructure charity Navca is set to move away from allowing members to choose its chair and instead enable its board to make the appointment.

Navca is without a long-term chair after John Tizard stepped down in July just seven months into the role so he could “focus his energies on his role as a commentator, politician and campaigner”.

At the Navca annual general meeting this month, members gave what the charity said was “enthusiastic approval” to move from having a chair that is elected by a vote of members to one that is appointed by its board.

Jane Ide, chief executive of Navca, said the move had not been prompted by the previous election, which resulted in Tizard being chosen ahead of Rita Chadha, an Asian woman who has since been appointed chief executive of the Small Charities Coalition.

“This is not about putting anything right from the past, but making sure that we are fit for the future,” she said.

“Part of that is making sure that we have the right skills around the board table.”

Ide said there was no rush to appoint a new chair because the charity had Alison Semmence as interim chair in place while the recruitment process was being agreed.

“My feeling is that it is really important that we get the right process in place,” said Ide.

It is not yet clear whether the new chair would need to be appointed from within the Navca board or whether the person could be co-opted after being selected by other trustees.

“The fundamental thing is that the majority of our trustees will still be elected by members,” said Ide.

The charity’s latest accounts, for the year to the end of March 2019, show it almost balanced the books after three years of significant deficits.

The bulk of this came in the form of funds for its work in the Voluntary, Community and Social Enterprise Health and Wellbeing Alliance, which aims to improve health and wellbeing in local communities.

Navca had planned to end the previous three financial years in deficit as it restructured and had hoped to end 2018/19 with a balanced budget.

Its income has fallen dramatically from £2.6m in 2012/13 after several government grants ended and were not replaced.

Employee numbers remained at five full-time-equivalent employees, and no staff member was paid more than £60,000 during the year, the accounts say.

The charity also launched its latest five-year strategy, which is designed to cover issues such as how Navca and its members make the case for local infrastructure and how they can ensure that every local charity and voluntary organisation in England has access to the support they need.

James Middleton Thanks Sisters Kate and Pippa Middleton for Going to Therapy with Him
19 of the best free things to do in Dublin
U.S. unemployment system still plagued by delays 3 years after pandemic-era downturn
GM smashes expectations and guides toward a strong 2023, despite margin squeeze
Reading Resolution: Shopping My Shelves in 2023