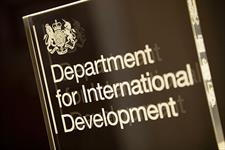 More than 100 charities have called on the UK government to retain the Department for International Development amid rumours that the department will be subsumed into the Foreign & Commonwealth Office.

In a statement published by the international development sector umbrella body Bond, the charities warn that merging the departments would damage the nation’s commitment to humanitarian aid and dilute work on tackling problems in the developing world.

“Merging DfID with the FCO would risk dismantling the UK’s leadership on international development and humanitarian aid,” the statement says.

“It suggests we are turning our backs on the world’s poorest people, as well as some of the greatest global challenges of our time: extreme poverty, climate change and conflict.

“UK aid risks becoming a vehicle for UK foreign policy, commercial and political objectives, when it first and foremost should be invested to alleviate poverty.”

The statement also calls for a commitment from Boris Johnson’s government to retaining a Cabinet post for international development, amid rumours in the national press that the Prime Minister and his team are considering removing the position.

“By far the best way to ensure that aid continues to deliver for those who need it the most is by retaining DfID as a separate Whitehall department, with a Secretary of State for International Development, and by pledging to keep both independent aid scrutiny bodies: the Independent Commission for Aid Impact and the International Development Select Committee,” it says.

Bond said that 30 per cent of the official development assistance budget was spent outside DfID by other departments and cross-government funds, which it said meant less aid was going to the world’s poorest people.

Removing the department could also mean the loss of the parliamentary select committee that scrutinises DfID’s work, thereby reducing democratic scrutiny of the UK’s aid programme.

The National Audit Office has also previously warned of a lack of transparency in government departments outside DfID on whether UK aid was being used effectively.