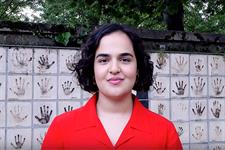 Britain’s youngest MP has pledged to donate half of her salary to charity after her election last week.

Nadia Whittome, 23, who was last week elected as the Labour MP for Nottingham East, said she would take home only £35,000 of her salary after tax.

The rest of her £79,000 salary would be donated to local charities in Nottingham, she told the local news website Nottinghamshire Live.

Whittome has not yet released details of the local charities that will benefit.

She told Nottinghamshire Live that she had decided to accept only a “worker’s wage” in line with other public sector workers.

“It’s not about philanthropy and it’s not that MPs don’t deserve that salary, it’s the fact our teaching assistants, nurses and firefighters do as well,” she told the local news website.

The Labour MP was elected on a chastening night for her party, which won 202 seats compared with 365 for the Conservatives, giving Boris Johnson’s party a majority of 80.